Nicholas Weatherly was the younger son of John and Mary Weatherly, born in December 1786, but sadly his mother died shortly after his birth, so that he was largely brought up by his father on the family farm at Outchester, along with his older brother James and sisters Eleanor and Susan.

Little detail survives of his upbringing, but a brief note on 8 January 1804 in Eleanor’s diary, suggests a typically careless young man:

Nichol had his usual search for his catechism, but could not find it, nor never can.

He was sufficiently reliable, however, to regularly be sent to escort his sister home from evening engagements. Almost certainly he also helped brother James in running the family farm.

At the beginning of January 1805 the first steps were taken to equip Nicholas with his own career. On 18 January he went up to Edinburgh, where he was to remain for the next four months. Exactly what he was doing there is not recorded, but it would seem he moved in society circles.  By the time he returned home on May 1, he was  quite dandified:

Nichol is a great buck – speaks fine, has a stock up to his nose!

It was to be a short stay. On 18 May he sailed from Berwick for London, a four to five day voyage. From there he travelled on to Longleat, where he was apprenticed to the Marquess of Bath’s Steward, Thomas Davis, and given a  grounding in all the skills of stewardship, including surveying and map making. It would be a good training -Thomas Davis was a noted agriculturalist, producing the Wiltshire Report on the State of Agriculture for the Government in 1813. 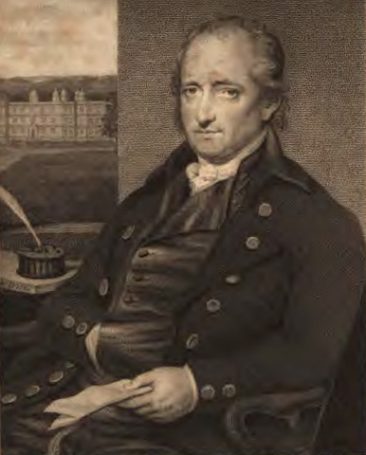 Exactly how long Nicholas remained at Longleat is not known, but he was back working in the Belford/Budle area by 1816, when he surveyed estate lands for Earl Grey. Shortly afterwards he carried out a detailed survey of the Belford Estate, and in 1817 produced the first clearly detailed map there is of Belford.  (A copy is displayed at Belford Museum).

In 1818 he was appointed Bailiff for the Greenwich Hospital Estates in the North Part of Northumberland, stretching from Newcastle to Berwick and inland as far as the Cheviots, at a salary of £40 per annum. It was a varied and demanding job. One of his first orders was to move into Spindlestone Farmhouse, whose tenant Edward Gregson had been declared bankrupt. It was Nicholas’ job to remain at the farmhouse and ensure that Gregson’s creditors did not impound any property belonging to the Hospital Estates. More generally he visited farms all across the area, ensuring that the buildings and land were properly maintained. This presented challenges – in 1821, when Nicholas was asked if the Hospital needed to provide him with anything further, he replied:

…with respect to claims on the Hospital, I have none, but that an augmentation of my Salary, my present one being scarcely sufficient to maintain a Horse (which is indispensable) and pay my expenses in travelling through my bailiwick which is very much detached, and some of the Farms are at a considerable distance from each other. 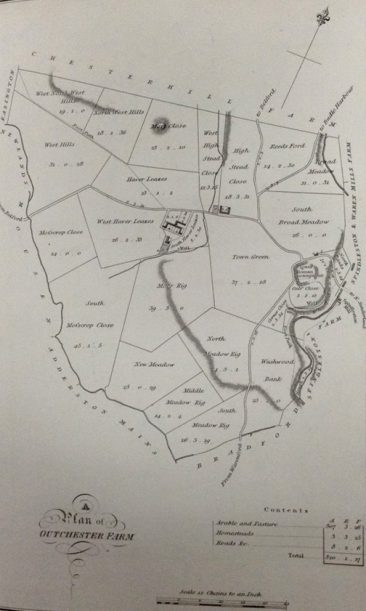 Whether his plea resulted in an immediate increase in salary is unknown, but certainly records show that by 1828 he was paid £50 per annum. In the intervening years, as well as carrying out the routine stewardship of the Estate, in 1823/4 he  produced detailed set of maps for all the Hospitals holdings in North Northumberland – (copies in the Peregrini archive).

Probably on the strength of his appointment as the Greenwich Hospital Bailiff, in July 1821 Nicholas married Isabella Cockburn of Dunbar, and the couple moved into the house which is now known as the Villa in Belford. They had one son, Peter Robert, born in 1829. 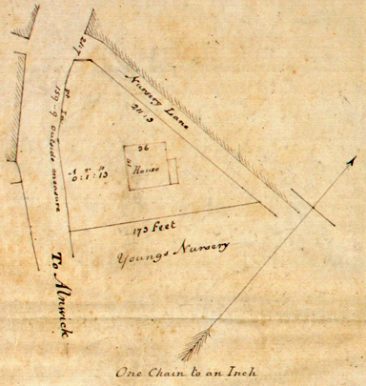 The Weatherly House in Belford

Nicholas’ work was not confined to Greenwich Hospital lands. In 1825, he was secretary of a Committee for the enlargement of Belford Parish Church, and also Secretary and Treasurer of the Belford Association for Prosecuting Felons, (a local landowners’ and tenants’ self help group to deal with trespass and agricultural theft). Later in 1832 he was also Clerk of Belford Racecourse.

Beyond Belford, in 1826, he was Surveyor for the Haggerston to Alnwick Turnpike Road. In 1828 this was followed by a commission to be part of the surveying group for the road route between Newcastle and Edinburgh, via Jedburgh, under the direction of the noted engineer John Macadam. This work, and possibly his family connections in Dunbar, resulted in his being appointed the Surveyor for the enclosure of Dunbar Common. The appointment of an English surveyor for such work in Scotland was highly unusual.

In 1833, Nicholas was offered an extension to his Bailiffship, but declined. His Practice was doing well – he had four apprentices in training, and did not want to give up his other interests. After 1837, however, there was a change. Belford Villa was put up for sale, and he and his family moved to Newcastle. Financial difficulties followed them and in 1841 Nicholas had to make a settlement with his creditors. Exactly why is not clear, but it may have been connected with the death of his wife in 1840. It does not seem to have affected his reputation, however. He continued to practice as a Land Surveyor until his death in 1854. His son Peter became a draughtsman at the Armstrong Factory.