The Land Yacht 'The Wanderer' in Northumberland 1886

William Gordon Stables was born in Banffshire in 1838. After attending Aberdeen University, he became a surgeon in the Royal Navy. He retired in 1877 due to ill health. Afterwards, in 1885, he commissioned ‘The Wanderer’, the first horse drawn touring caravan, which he called a Land Yacht.  The account which follows describes part of his first extended caravan tour to the north of England and Scotland.

He did not travel alone, however. As well as the necessary horses, ‘Pea-blossom’ and ‘Corn-flower’,  ‘Hurricane Bob’ his Newfoundland dog, and ‘Polly’ his Cockatoo, he was accompanied by Alfred Foley, his valet, and John G.., his coachman. When he got bored with the caravan he explored side roads on his Ranelagh Club tricycle. 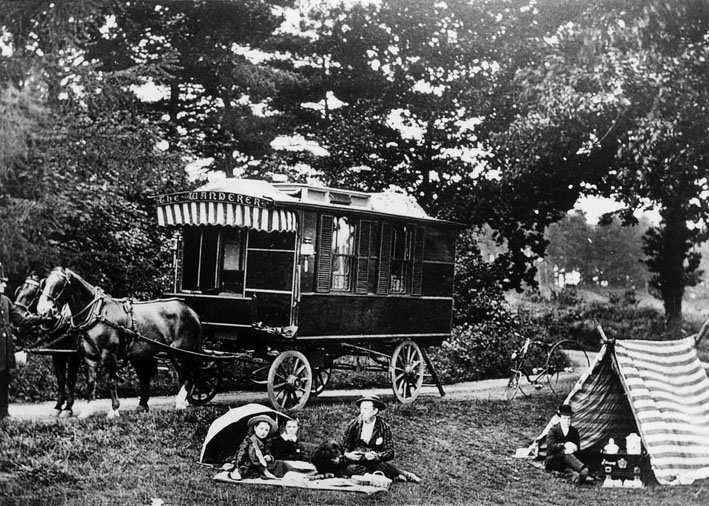 The Land Yacht ‘The Wanderer’ with Gordon Stables, 2 of his children and his dog on the picnic rug. His valet is in the tent and his coachman holds the horses. Note his tricycle behind the caravan.

I have pleasant recollections of my last day or two’s drive in Northumberland north, just before entering my native land. 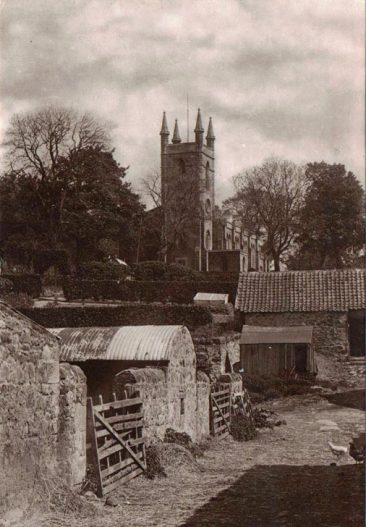 Say from the Blue Bell Hotel at Belford. What a stir there was in that pretty little town, to be sure! We were well out of it, because I got ‘The Wanderer’ brought to anchor in an immensely large stack-yard. There was the sound of the circus’s brass band coming from a field some distance off, the occasional whoop-la! of the merry-go-rounds and patent-swing folks, and the bang-banging of rifles at the itinerant shooting galleries; but that was all there was to disturb us.

I couldn’t help thinking that I never saw brawnier, wirier men than those young farmers who met Earl P—— at his political meeting.

I remember being somewhat annoyed at having to start in a procession of gipsy vans, but glad when we got up the hill, and when Pea-blossom and Corn-flower gave them all the slip.

Then the splendid country we passed through; the blue sea away on our right; away to the left the everlasting hills! The long low shores of the Holy Isle flanked by its square-towered castle. It is high water while we pass, and Lindisfarne is wholly an island………….

I remember that near the borders we climbed a long, long hill, and were so happy when we got to the top of it – the horses panting and foaming, and we all tired and thirsty.

The view of the long stretch of blue hills behind us was very beautiful. 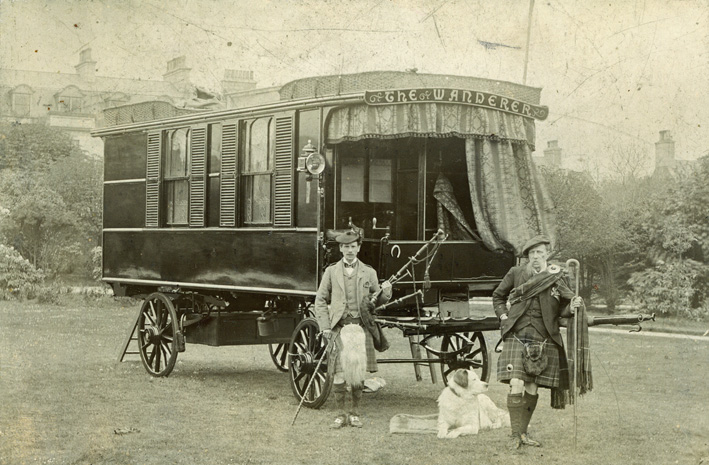 ‘The Wanderer’ with Gordon Stables on the right

Here on the hill-top was an inn, with its gable and a row of stables facing the road, and here on a bit of grass we drew up, and determined to take the horses out for the midday halt. But we reckoned without our host. The place was called the Cat Inn. The landlady was in the kitchen, making a huge pie. No, we could have no stabling. Their own horses would be home in half an hour. She followed me out.

“Then we can have a bucket or two of water, I suppose?” “Never a drop. We’ve barely enough for ourselves.”

I offered to pay for it. I talked almost angrily. “Never a drop. You’re no so ceevil.”

The Land Yacht ‘The Wanderer’ today

‘The Wanderer’ has recently been restored by the Caravan and Motorhome Club, The National Motor Museum Trust, Beaulieu. Thanks are due to Angela Willis, the Curator of their collection who has kindly provided photographs of Gordon Stables and his caravan above, and of the restored caravan below: 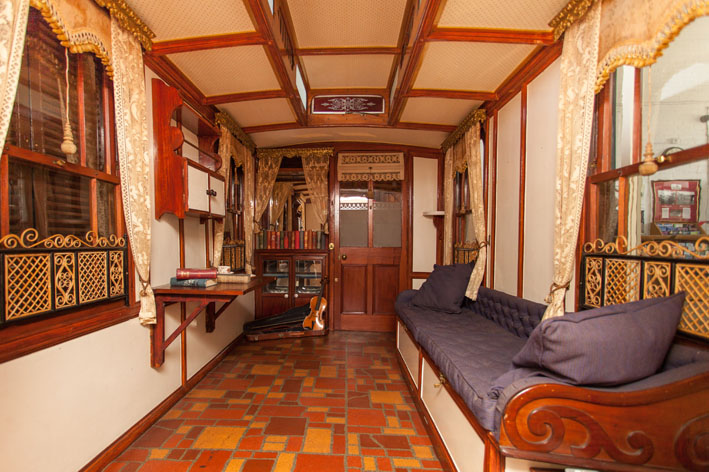 The Wanderer and the Stove