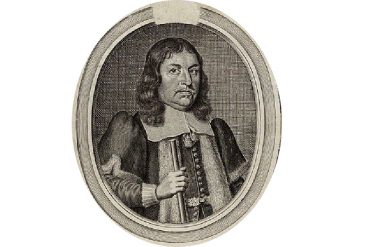 Marmaduke Rawdon was born in York in 1610, where Laurence, his father, was a merchant and Alderman of the city. On Laurence’s death, however, in 1624, Marmaduke was adopted by his uncle, also a Marmaduke Rawdon, a London Merchant. From 1631 Marmaduke acted as his uncle’s business agent in Tenerife, until relations with Spain broke down in 1656. Marmaduke then returned to live in Hertfordshire. It was from there in 1664, that he set out on an extended tour of his native land. After spending some time in East Anglia, he gradually worked his way north. After visiting York, he decided to continue into Scotland. He set out from York on 25 August, accompanied by his servant, William Ramel, his cousin Bowyer,  and a Captain William Baker.  In the course of these travels he passed through North Northumberland twice, and it is from his third person account of the journey that these extracts are drawn. For ease of reading, the spelling has been modernised.

Monday the 29th August [1664], they went from hence to an ancient town called Alnwick, where they dined; it hath two fair gates of free stone, which shows it hath been something in former times, but now all the houses are thatched, and so contemptible little, that the town….. may easily run through the gates; here is a fair strong castle which makes a great show to the country, but ill contrived within for lodgings…… 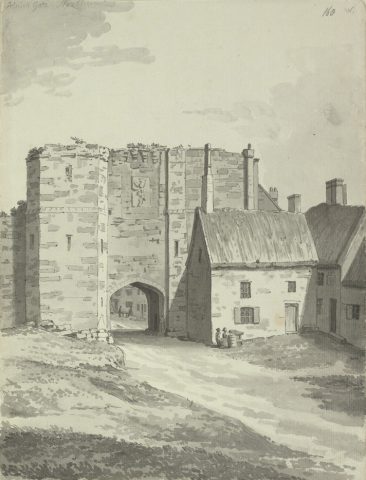 After dinner they went to a town called Belford, where they had but mean lodging, but excellent fresh cod and very good whitings, both fresh and dried, reasonable good beer, and very good French wine, with which they passed the night very well; horses but reasonable for want of grass, the church-yard being the best pasture, by which they perceived they drew nigh Scotland. 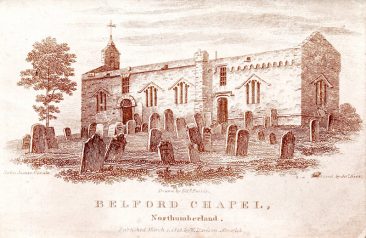 Tuesday, 30th August, they went from thence to the strong town of Berwick upon Tweed, which divides England and Scotland.

From Berwick they continued north visiting Dunbar, Musselburgh, Edinburgh, Linlithgow, Glasgow and Dumbarton, at which point they concluded they had seen enough of Scotland and began to retrace their steps. They arrived in Berwick from Dunbar on Friday 8 September.

The next day, being Friday the 8th, they went to Berwick, being thirty-two miles from thence, where they lodged that night, and were made happy in the company of Captain Ralf Siddenham, one of the captains of that garrison, who treated them that afternoon, and showed them some sport with his hawk, and lastly was pleased to afford them his good company at supper. 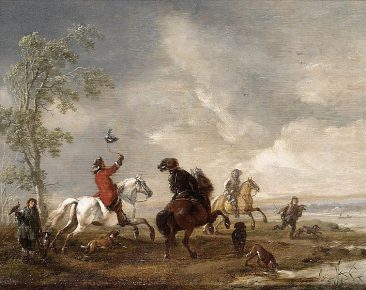 This town stands on the mouth of the river Tweed which divides the kingdom of England and Scotland. It is a place very strong, well fortified, with good ordnance, where the King keeps a constant garrison, and hath remained in the possession of the English ever since the time of King Edward the 4th.

Saturday the 9th they went from Berwick to Belford, riding along in sight of the Holy Island; they stayed at Belford that afternoon, and the next day, Sunday, where there was a great concourse of people, it being the day of their annual feast; a great deal of mirth there was after the manner of that country.

Sunday morning, the 10th they having heard that Saint Cuthbert, who lived upon Holy Island, to the end that  the inhabitants of Northumberland might come over from the main(land) every Sunday to be instructed in the Christian faith, did by his prayers prevail with God Almighty that every Sunday the tide should alter his course, and that it should be very low water from eight of the clock in the morning till two in the afternoon, and that it continued so ever since; so they went to try this miraculous truth and found it to be so, and by the inhabitants were informed  that it is constantly so every Sunday;  a very strange thing, and as much to be wondered at  as the passage of the Israelites over the Red Sea …… Here they stayed from eight in the morning till one in the afternoon, at which time they see people go over, some on foot and some on horseback, and so they went to Belford again, where they lodged that night; this island affords store of  great lobsters and several sorts of fresh fish. 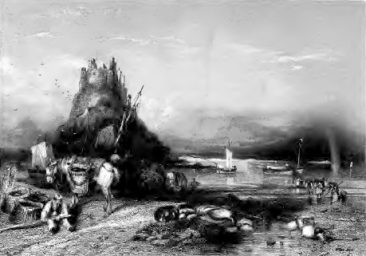 Monday the 11th, they went from Belford to Morpeth, being 24 miles…

PLEASE do not rely on Marmaduke Rawdon’s information on the tides! Check the current tide tables.