The History of Waren House 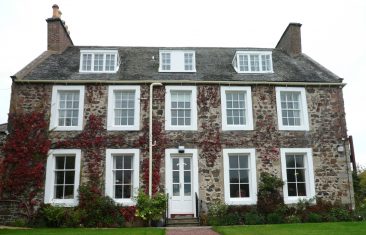 The Building of Waren House

Waren House was built at the end of the 18th century for the William Watsons, for whom Waren Mill had been built in the 1780s. In the early days the Watsons had run the Mill from their business at Fenwick, but by 1788, when it was clear that the new mill at Waren was a success, they asked Greenwich Hospital to build them a new house so that they could better superintend their growing business.

The Hospital agreed to build a new house at an estimated cost of £520, but in return, the Watsons had to pay annual interest of 7%  on this sum for as long as they remained at the Mill. The site for the new house was partly on Mill land, but partly on the adjacent Spindlestone Farm land. Lime and stone and eventually a water supply for the new house also came from Spindlestone Farm. Not surprisingly the tenant there, Mr Hopper, was unhappy about all the disturbance, and eventually received some damages for his losses.

The Watsons were determined to have a superior building in keeping with what they saw as their important status. They wanted a Carriage Entrance, and a Scotch slate roof, rather than the pantiles in local use. The house was completed in 1791, but only part of the roof was slate as the money ran out. In 1806, the whole house was re-roofed in slate, water spouts were fitted to keep the rain away from the walls, and the kitchen enlarged. In 1810, when the Watsons’ business failed, Greenwich Hospital advertised the House in this way:

The Mansion-House and Offices are large, commodious and in excellent repair, the situation delightful, and the Gardens in great order; the whole fit for the residence of a genteel family, and may be entered to as soon as the Sales are over.

For the next 10 years, the house was sometimes let separately from the Mill and at other times occupied by the tenants of the mill. The Nairn Family leased both Waren and Spindlestone Mills at the beginning of the 1820s, but also had a significant export/import shipping business, based in Newcastle. Philip Nairn, the younger son, ran the Mills at Waren and Spindlestone for the next 35 years. After his marriage in 1834, he began to develop the house into a ‘gentleman’s residence’. In 1836, Philip built a new wing on to the house at his own expense. In 1837, when more water was needed for the Mills, he built a new dam and lake at the side of Waren house, and the Hospital planted trees beside it to make it more ornamental. In 1840, Philip followed this up by extending the back of the house, increasing the office accommodation, making a nursery for his growing family (now four children), and better servants’ quarters. In 1841, he had one of the farm cottages rebuilt as a Lodge to the House. 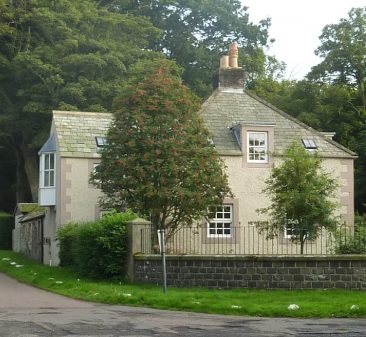 More work was done in 1845. At that time, the whole alignment of the house was changed, with the main doors being moved from the west front of the house to the north side, where a porched entrance was created. As a result the whole downstairs layout of the house was changed. All these changes, largely carried out on Philip’s own initiative and without the permission of Greenwich Hospital, were not entirely approved of by the Receiver in charge of the estate. He wrote to London about the latest extension: “I told him it might suit him to lay out and occupy a large house, having an increasing family – but it might not suit his successor.” Nairn had merely replied that if the next miller was a poor man, the Hospital could rent out the house to a Gentleman. For the moment Philip had indeed created a fine gentleman’s residence and used it well to build up a network of influential connections, particularly with the Prime Minister’s family, the Greys. The biographer (E R Eddison) of Nairn’s grandson, wrote in Letters and Memories of Philip Sydney Nairn :

This political connection created an intimacy with the many sons of the Prime Minister, all of whom were frequent guests at the Waren dinner parties, which Mr. Nairn’s lavish hospitality and charm, intellectuality, and social gifts of his wife, made famous throughout the county…. He practically kept open house; nobody, whatever his rank or position, left Waren without partaking of its well-known hospitality. 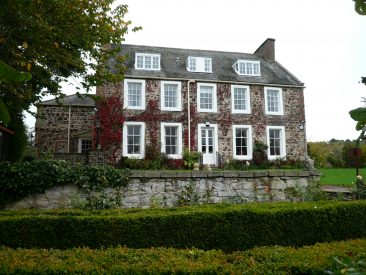 Sadly, the Nairn business failed in the mid 1850s, but the new miller, Henry Ogle Short, was happy to move into the house and lived there until his death in 1878, despite twice having to cope with floods when the mill pond damn burst. His son Thomas, however, moved into Berwick where the family had other milling interests. By now Greenwich Hospital had sold the whole Estate and the letting of Waren House was now the responsibility of the new owners.

By the end of the 19th century, the long connection with Waren Mill had more or less ended, apart from a brief occupation by Thomas Short in the 1920s. For most of the next century, the ‘gentleman’s residence’ Philip Nairn had created, became just that. Residents included the Burdon Sanderson family (Farmers/Land Agents/private means) from c.1891 to 1916; the Pitt family (successful Builders and Contractors) 1925 to 1953; and the Fenwick family (Colliery owners) 1954 to 1979, when the house was put up for sale. 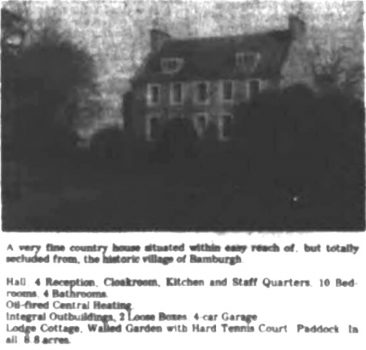 For about the next five years Waren House became a Country Club with Restaurant. By 1988, however, it had been sold again this time to the present owners, Peter and Anita Laverack, who turned it into the fine, award winning hotel it is today. 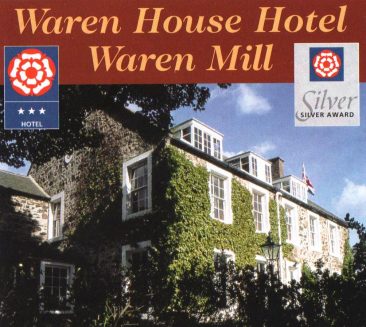