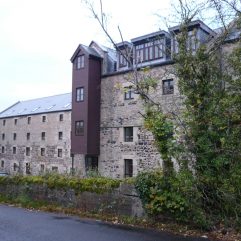 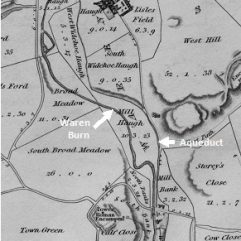 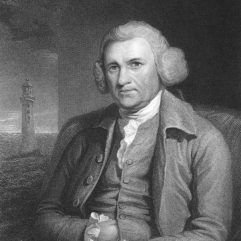 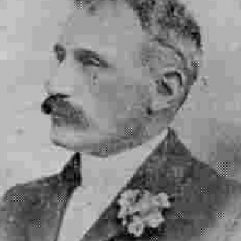 Waren Mill today was built in the late 18th century, as an enterprise to industrialise this part of Northumberland, although there had been an earlier mill at Waren.

The first reference to a ‘mill at Warnet’ appears in a charter of King Henry 1 at the beginning of the 12th century, and references to it continue for the next century and a half. Exactly where this mill was is unknown. It may simply have been an alternative way of referring to the inland water mill on the Waren Burn at Spindlestone, which was certainly in existence by 1302, or there may have been another mill on the south side of Budle Bay.  If there was a separate mill, it seems to have gone out of existence by the end of the 14th century.

In 1783, the Greenwich Hospital Estates agreed to build a new water mill on Budle Bay, at the mouth of the Waren Burn, for William Watson and Son, established flour millers and Merchants. The new mill was designed by the foremost civil engineer of the day, John Smeaton. Unusually it was built on the tidal shore rock which was excavated to allow lighters from ships moored in the bay to bring in grain and take out the flour. This allowed the Watsons to make use of sea transport, at that time much more effective than the roads, and equally important, free from taxation. The mill was equipped with innovative iron wheels and machinery, rather than the more usual wood. Water was brought to the mill by a new mill leat built just below Spindlestone Mill. When the mill did its first milling at the beginning of July 1875, it was a great success:

the mill produces flour equal in quality to any South Country Flour that was at market and brought the best price.

The success of the mill resulted in the Watsons building a new large granary adjacent to the mill in 1786. At the end of the year however, disaster struck. The iron axle broke, putting the mill out of action for some six months. It was now repaired with the traditional wooden axle, and for the rest of the Watsons’ tenancy it worked well. So successful was the trade from it, that, in 1790, the Watsons suggested the establishment of a customs post at Budle Bay, but nothing came of the idea. A Greenwich Hospital visitation in 1805 gives a good description of the mill:

Warren-mill is a large substantial building of four stories, well constructed, and properly arranged for all the purposes of such an establishment; it contains three pair of French stones, and the water-wheel is five feet broad and twenty-one feet in diameter; adjoining thereto is an excellent granary of three floors, sixty feet in length, and in good repair; with a counting house and clerks offices.

In the beginning, it had been difficult to construct the mill leat over the steep and rocky ground, and over the years, the water supply caused problems. Bad winter weather, or summer thunderstorms, often resulted in flooding and damage to the leat. In dry summer weather the supply could be unreliable, a problem addressed by attempts to increase the size of the water store at the head of the leat.

The Watsons continued to run the mill until 1810. Then after two short-lived tenancies, the Mill came into the hands of the Nairn family, millers and merchants, in 1820. Philip Nairn, the younger son of the family, took charge of Waren. His first improvement was to build a stone dam below Spindlestone, to improve the water supply. Then in 1830, the Nairns installed a steam engine to drive the mill. This was a much more expensive option, requiring coal to be brought to the mill. Hence for many years water was used whenever possible and steam only if there was no option.

In the mid 1830s, the Nairns added a second mill to the complex – originally this was for bone crushing to make fertiliser, but later it was adapted to mill barley. In 1837, a new much larger dam was built creating a substantial reservoir, which doubled as a pleasure lake attached to Nairn’s home at Waren House. With half a century of improvements to the casting of metal, a new metal axle was installed in the mill in 1843. Philip Nairn remained at Waren until 1856, but in his last years new problems affected the mill. With the opening of the Newcastle Berwick Railway in 1847, the company used the headwaters of the Waren Burn to top up their engines and to fill tanks to create a supply of water further along the line. The removal of this water seriously affected the working of the mill, and Nairn struggled to get any compensation. Then in 1853 the Barley mill burnt down.

The Shorts at Waren

In 1858, an established miller, Henry Ogle Short, took on the lease. Almost immediately he had to deal with the reservoir dam bursting. Although it seems to have been successfully repaired, a more serious failure occurred in August 1862. This time there was significant damage to the water course, cottages and gardens were flooded, and 23 pigs drowned. More thorough repairs and the creation of a new overflow channel, saw the mill working once more by November 1862.

The Sale of the Estate

In 1872, Greenwich Hospital put the Spindlestone Estates including Waren Mill up for sale. At that time this was its description:

The Waren mills consist of 5 floors, 8 pairs of stones, kiln, and granary adjacent; 4 floors with office and smithy facing Budle bay; engine-house and engine, – stone built, in repair. Water power the same as Spindlestone mill, water-wheel and tank out of repair.

The Shorts continued to lease Waren Mill under the new owner, Major Alexander Henry Browne, later of Callaly Castle. In 1878, Henry’s son Thomas Black Short took over the lease on his father’s death.

The last quarter of the 19th century saw major changes in the grain trade. Locally the railways became the preferred means of transport. This disadvantaged Waren Mill out on the coast. More seriously, the import of large amounts of good quality grain, particularly from North America, resulted in a severe agricultural depression in Britain, reducing customers. Finally traditional mills could not compete when large scale grain crushing mills developed. A fire at Waren Mill in 1881, resulted in Thomas removing much of the milling work to his Tweedmouth premises. Although the mill was rebuilt, and continued to make flour, production was diversified to include bone crushing for fertiliser and the manufacture of cattle cake. In 1910, after Alexander Henry Browne’s death, Thomas bought Waren Mill, and shortly afterwards converted it to produce malt for the brewing industry. It continued to function as a Maltings until the early 1980s. The buildings were then sold, and, at the beginning of the 21st century, they were converted into today’s modern apartments with stunning views over Budle Bay.