You are here: HomenextAreasnextHoly IslandnextBuildingsnextThe Reading Room. 2019 and the Future

The Reading Room. 2019 and the Future

At the end of March 2019, having looked after and maintained the Reading Room for 23 years, Marygate House gave up the lease and day to day control of the Reading Room reverted to the Trustees of the Robert Crossman Public Library and Reading Room.

The Trustees themselves changed in the opening months of 2019 following the succession of Paul Collins as Vicar of St Mary’s Church by Sarah Hills and the decisions taken by the holders of two traditional Trustee positions. Namely by the current Harbour Master not to take up the post and by Ralph Wilson, the Chief Pilot, which in 2019 had become an honorary rather than a working title, to step down after many years’ service. The new board consisted of Jane Crossman; Sarah Hills; Church Wardens Thelma Dunne and Maureen Bushnell and Archive Group Member John Bevan. Thelma also being a member of the Archive Group. 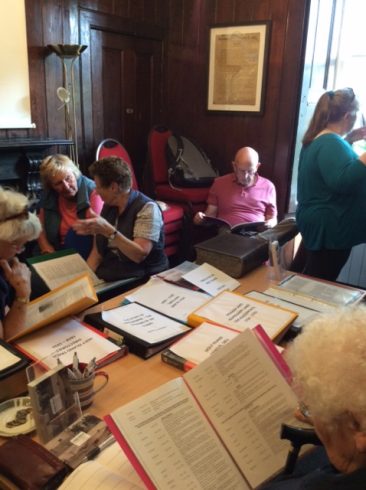 Although Jane Crossman had officially opened the renovated Reading Room in October 2018, much still needed to be done to complete the archive room and it was during April and May that the installation of new furniture, an overhead projector and screen and IT equipment was completed. Digital and physical archive records were gradually built up and finally at the end of May high speed broadband was installed. On June 18th Islanders and those from the mainland who had been involved in the project were invited to see what had been achieved. The changes received an enthusiastic reception with many islanders spending hours poring over the old Parish Records. 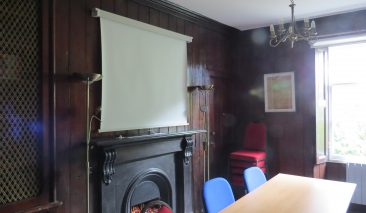 Suitable for groups of up to 12 or 15 the room is now used for meetings by among others the PCC; HIP (the Holy Island Partnership) and the Holy Island Community Archive Group. It is also available without charge to all residents and for hire by groups visiting the Island. Access to archive material held on site or on approved digital records is available on request through the Holy Island Community Archive Group. The IT equipment including a printer, scanner and laminator is also available for use by residents by arrangement.

A major part of the renovation of the Reading Room by the HLF Peregrini Lindisfarne Landscape Partnership was the creation of the separate Archive Room, intended to bring home Island records and to be the base for the Holy Island Community Archive Group. Physical records include transcripts of census records 1841 – 1911; Registers of Births, Marriages, Baptisms and Deaths with some of these dating from as early as 1578. A record of the Lifeboats and the men who manned them, and an individual’s fascinating memories of the island from 1916 until well into this century together with a collection of maps and charts and comprehensive digital records allow the Archive Group, and other interested parties in conjunction with the group, to research the social history of the Island and its residents. These archives will be progressively built up in stages and as required. 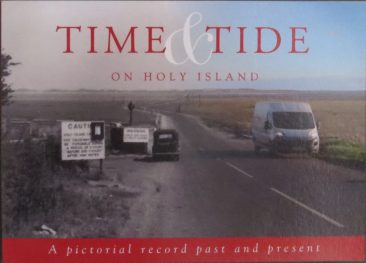 With the work completed, the funding from the Heritage Lottery Fund ended and the Trustees and Archive Group now need to ensure that finances are available to maintain and develop the Reading Room and Archive, so enabling the Trustees to fulfil the Charity’s historic function in a modern context. While Holy Island Parish Council has agreed to give support and the Holy Island of Lindisfarne Community Development Trust has already made a donation to the Archive Group, a steady income is required. As the room is used more this will come from donations and hire charges but the Archive Group also produced a 72 page photo book – Time & Tide on Holy Island – which went on sale in time for the opening in June 2019 with all profits going to the Group. By the end of July over 170 of the initial print run of 600 had been sold.

The world in general and Holy Island in particular is a very different place to that of 1873 when the Reading Room was established as a charity but with the support of friends of the Island and its residents, and thanks to the investment by HLF Peregrini Lindisfarne Landscape Partnership, the Reading Room and associated archives can be not only a useful facility for the community but can help todays Islanders connect to their forebears. 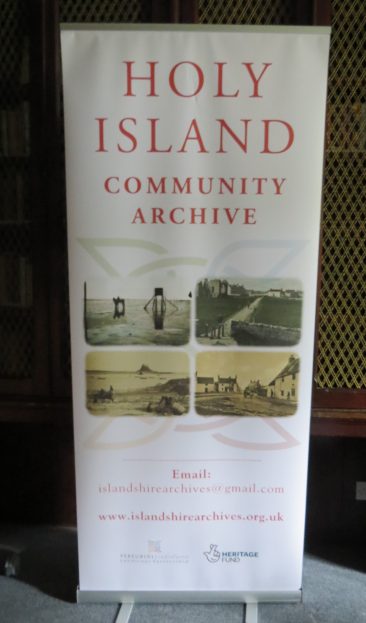