Towns and villages throughout the nation have their War Memorials. That on Holy Island is a Grade 2 Star Listed Building in the form of a simple stone Cross and plinth standing high on the Heugh overlooking the Island and the sea. 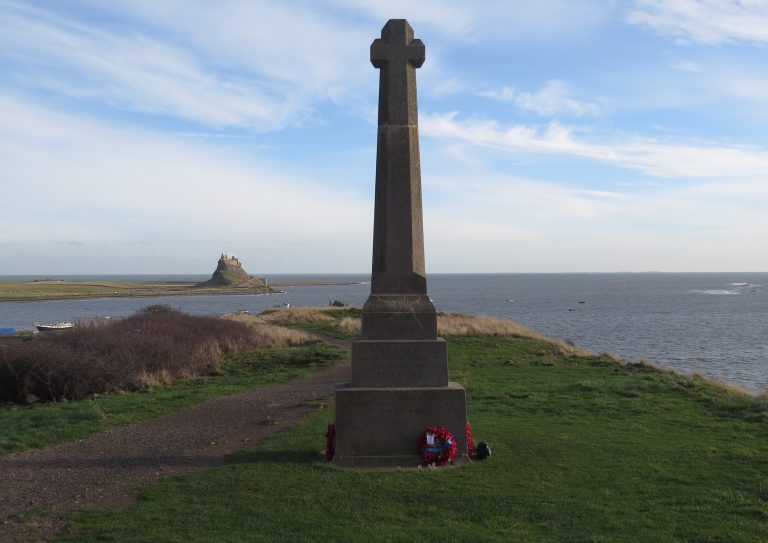 Sir Edwin Landseer Lutyens (1869 to 1944) was the architect behind the conversion of Lindisfarne Castle in 1903 – 06 from a military fortification into a luxurious family home, on behalf of its new owner Edward Hudson. After the First World War Sir Edwin was tasked by the Imperial War Commission to design The Cenotaph (meaning empty grave in Greek) in Whitehall. This was originally built in 1919 as a temporary, wooden, structure but was rebuilt in Portland Stone in 1920 to serve as Britain’s National Monument. Considered the outstanding designer working in this field, Lutyens also designed fifteen War Crosses, all in a similar style, of which Holy Island’s is one.

During the work on the Castle, Lutyens had employed a building firm from Belford, originally founded in Wooler in 1830 by William Tully. It was the founders Grandson, also William and a Master Mason, who had worked on the Castle and, as a consequence, was asked by Lutyens to create the Island’s Monument. The materials and the workforce were transported to the Island by horse and cart, with the loss of one horse in the sands.

Lutyens chose Doddington Stone for the Memorial to echo the stone of the Benedictine Priory. The slender Cross is about 5 metres tall and tapers up from a three-stage base to which it is linked by stop chamfers and cyma moulding. The base stands on a low, circular step. On June 4th 1922, in an ecumenical service, it was unveiled by Major Morley Crossman DSO and dedicated by the Reverend W.B. Hall. The top section was replaced following storm damage in 1983/84.

The East face is inscribed with

Followed by the names and ranks of the fallen. 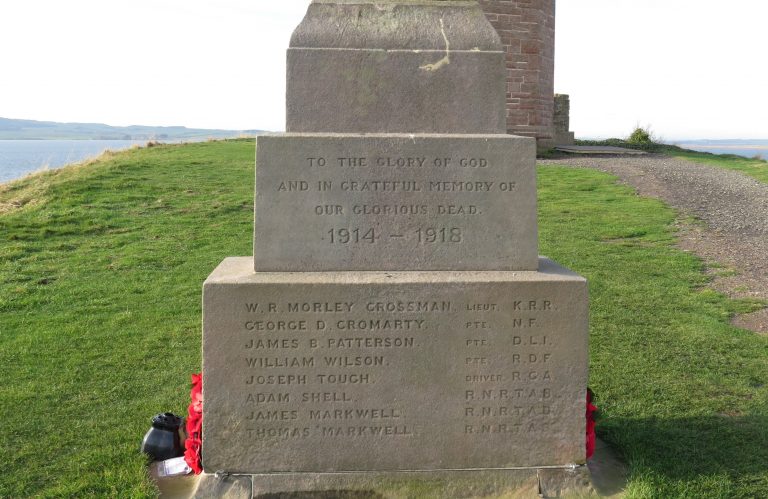 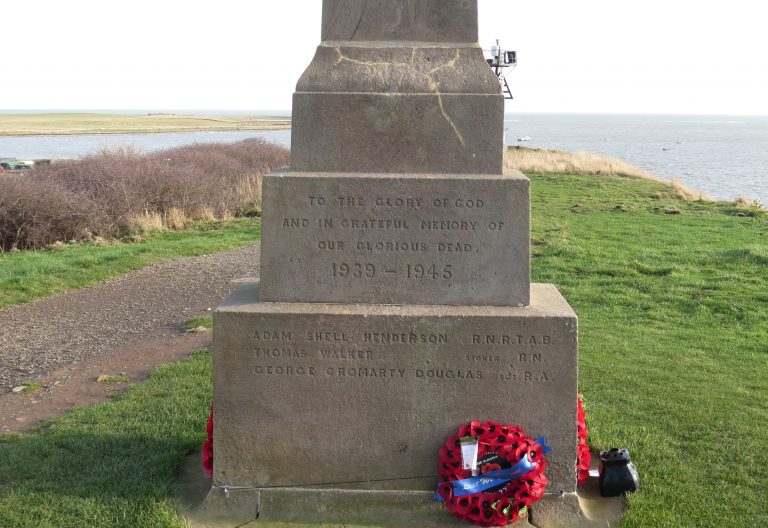 Every year on the Sunday nearest to the 11th of November, after the conclusion of the Remembrance service in St Mary’s Church, the members of the congregation make their way through the Churchyard and Market Place and across the Sanctuary Close before climbing the path to the Memorial. There the names of the fallen are read out; followed by a hymn and prayers,with the Blessing bringing the ceremony to a close. 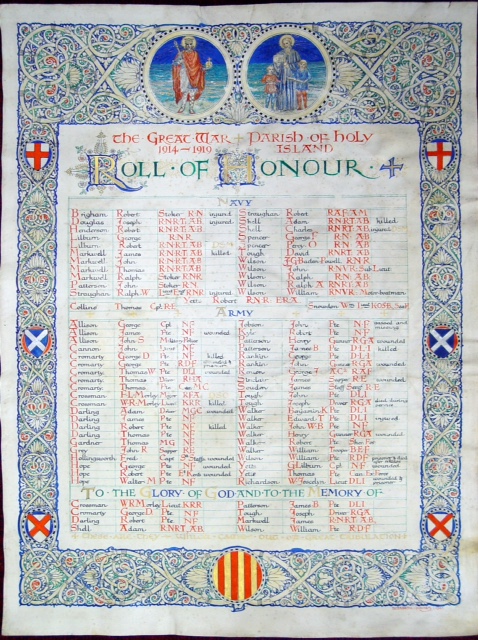