Lindisfarne Castle is a strange place as far as historic buildings go. Standard guidebook histories suggest that very little happened here or that there is a paucity of records. Neither is true. From its origins in the 1550s to the present, records of the Castle are numerous and often very detailed. As with any old building there are gaps in our knowledge but, with the recent rise of online sources, our access to information has increased hugely.

We hold two collections of photographs of high significance. The first is an album belonging to Edward Hudson, (tenant and later owner of the Castle, 1902-22 and the proprietor of the Country Life magazine, which showcases the internal and external works carried out by Edwin Lutyens in 1903-06 and 1912. These photographs were almost certainly taken by the magazine’s photographers but Hudson’s own album contains some images not in Country Life’s possession, and additional panoramas of the Castle and Island by Alfred Hind Robinson. This album should soon be available to view on the National Trust Collection website.

The second collection are a series of prints taken from an album provided by Linda Lilburn in 1970. The photographs feature islanders – including of course Jack, Hannah, George, Linda and Jean Lilburn – and also Mr Hudson and guests. Later images show Mr and Mrs Oswald Falk (who bought the Castle from Hudson in 1922 – asking price had been £22000) with their family as well as images of Gladys de Stein and her relations. 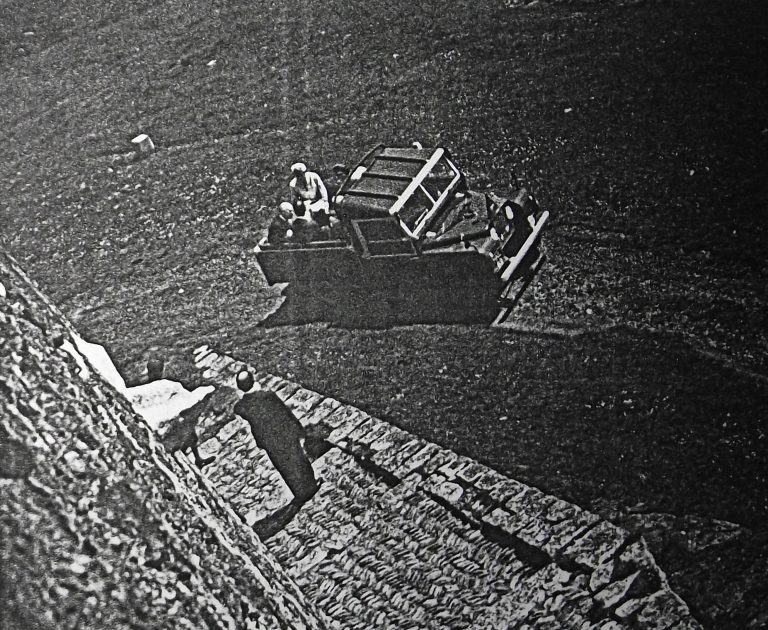 The Castle holds hard copies of several books and documents and electronic records of many others. In hard copy the most comprehensive collection are the Commonplace Books which are nine scrapbooks collating everything from Hudson and Lutyens letters to postcards and photographs. A recipe book belonging to Hannah and then Linda Lilburn and a transcript of Jack and Hannah Lilburn’s diary gives a wonderful insight  into life in the Castle from 1906 on until the 1930s. A copy of James Raine’s History of North Durham (1855) provides transcripts of important records held elsewhere, such as the inquiry into Errington’s capture of the Castle in October 1715 and the lament of Captain Robin Rugg in the Civil War. We have a photograph of the 1548 and 1742 military surveys of the Island and Castle held at the National Archives and of the 1683 Martin Beckmann survey held in the Dartmouth papers at Stafford Record Office. In addition we have high resolution copies of the 1880-83 War Department Survey from the National Archives providing a detailed record of the building in the last years of military occupation. There is also a photocopy of an ‘existing plan’ sketched by Lutyens in 1901. These documents have been reproduced with the permission of the owners for National Trust internal use only, but can be viewed at the Castle by appointment.

The British History Online hold valuable records particularly relating to the 16th and 17th centuries. The previously unknown story of the Civil War siege of May 1643 (including the only recorded firing of the Castle’s cannons in anger) came from this source which also revealed previously unknown events, including the visit of the Protestant Reformer John Knox in 1559 and the capture of James Hepburn, Earl of Bothwell in 1563. The records of the military period have been gradually pulled together in The History of the Garrison of Lindisfarne and the supporting spreadsheet Soldiers known to have served at Lindisfarne.

Information and documents which have accessed are held elsewhere. For example the Lutyens Letters (and sketches) collection are housed at the RIBA archive in the V & A. The University of California at Berkeley holds the original plans Gertrude Jekyll made for the Castle garden which now form the basis of our annual planting plan. The British Library holds the sketch books of Samuel Hieronymus Grimm, a Dutch artist working in the late 18th century which feature many views of the Castle and Island. Jpegs of these are held in the Castle archive. 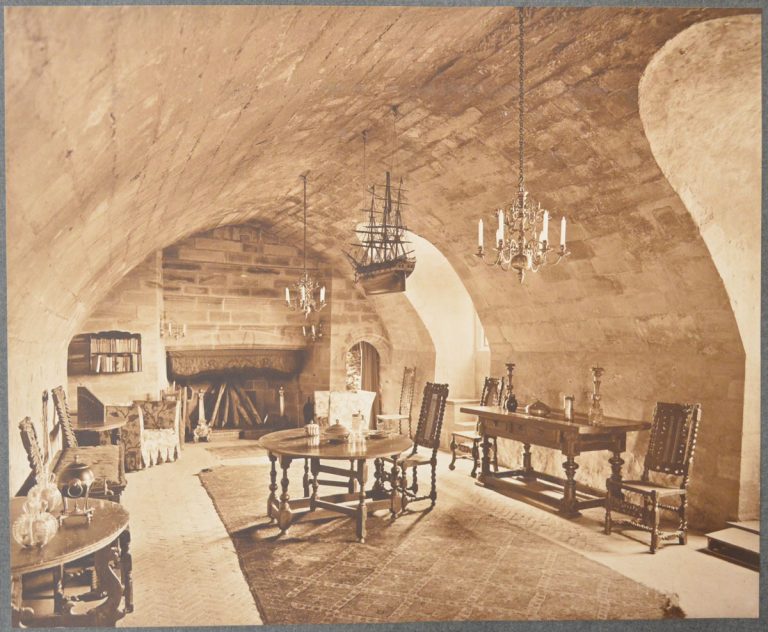 The British Library also holds the papers of Lytton Strachey which includes letters and photographs from his visit to the Castle in August 1918. A month before, Siegried Sassoon had visited and eloquently written about his brief glimpse of Madame Suggia playing in the Ship Room in his Memoirs of an Infantry Officer.

We have also gathered an extensive collection of artistic and literary depictions of Lindisfarne Castle, many in electronic format and obtained from a huge variety of sources both public and private. As well as the early image from Beckmann’s plan in 1683 there are sketches by JMW Turner held at the Tate, paintings by JW Carmichael, John Moore, Ralph Hedley, and John Varley along with sketches by Henry Rushbury, Edwin Lutyens, Charles Rennie Mackintosh, SH Grimm and many more. These help us to understand the development of the building over the centuries and are important for our conservation management. The copies we have of water colours by John Wykeham Archer painted in 1863 for the Duke of Northumberland simultaneously give us the only interiors of the building prior to the Lutyens renovation, and also the only image of a cannon at the Castle.

There is also a large miscellany of other pieces of information which adds to our picture of life at the Castle. Standing out among these is a single diary entry from Oswald Falk in 1930 giving an incredibly evocative account of his routine after dinner and before bed – so evocative in fact that it has been used as preface to the most recent National Trust guide book (2018). We have a copy of Sir Edward de Stein’s Poets in Picardy, his poignant attempt at First World War poetry. 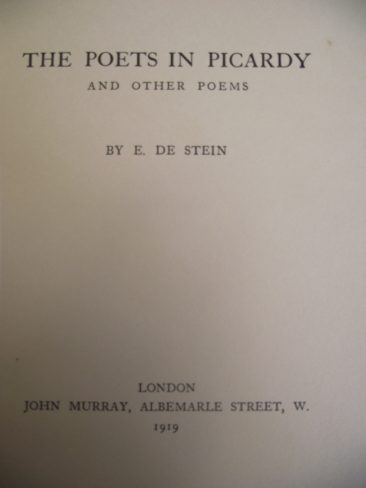 Hudson’s favourite, Billy Congreve VC, was killed at the Somme and we have a copy of his posthumously published memoirs Armageddon Road on our shelves.