The use of Punt Guns for shooting has existed for 200 or more years, it started with muzzle loaders but now the majority of guns are breach loading, although few remain in use.

Punting was developed for and by gentlemen shooters to use in large estuaries where huge populations of wildfowl gathered. Some who commissioned punts had several built and located in their favoured stalking spots, like the Wash, Blackwater and Lindisfarne. Some who stalked these shores were Abel Chapmen, Stanley Duncan and Sir Ralph Payne-Gallway. 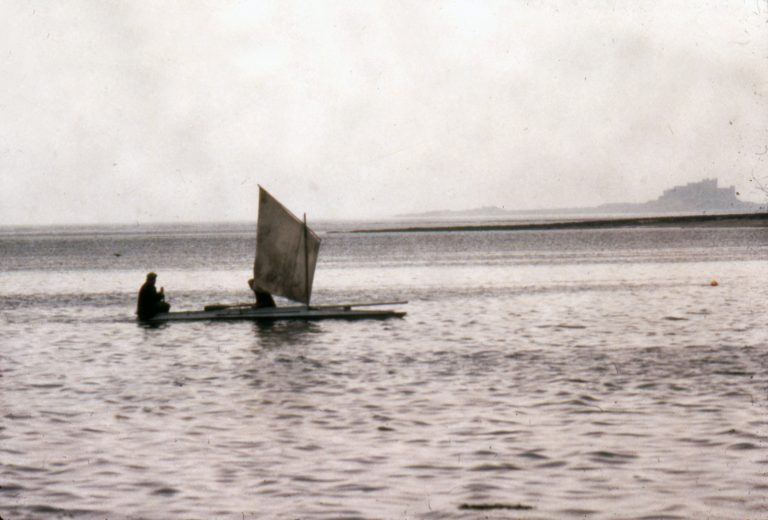 The punt was usually manned by two. Pushed by a local who had an intimate knowledge of the lie of the land with the owner acting as gunner. The local would also maintain the boat and occasionally set out for a shot himself.

In the 1900’s a wage was about £1.00 per week. If he was able to bag a Wigeon with a shoulder gun or have a successful shot with the punt, he could earn 15p per bird when sold to the local butcher, a princely sum for a fisherman unable to get to sea because of weather.

A two man decked, grey painted punt, was about 24’(7.5m) with a beam of 3’ (900mm) flat bottomed and drew 4” (100mm) with coamings of about 8” (200mm) to help both to reduce the risk of taking in water if the punt got broadside on to the tide and to help hide the crew during the stalk. It carried a gun was 9’ (3m) long, with a bore of 1.5” secured to the punt by the breaching rope running from the stem head to the trunnions that formed part of the gun near the breach. Before firing, a cartridge loaded with 500 grams of black powder and a similar amount of BB or No1 shot was loaded into the breach. The effective range was 50/60m. 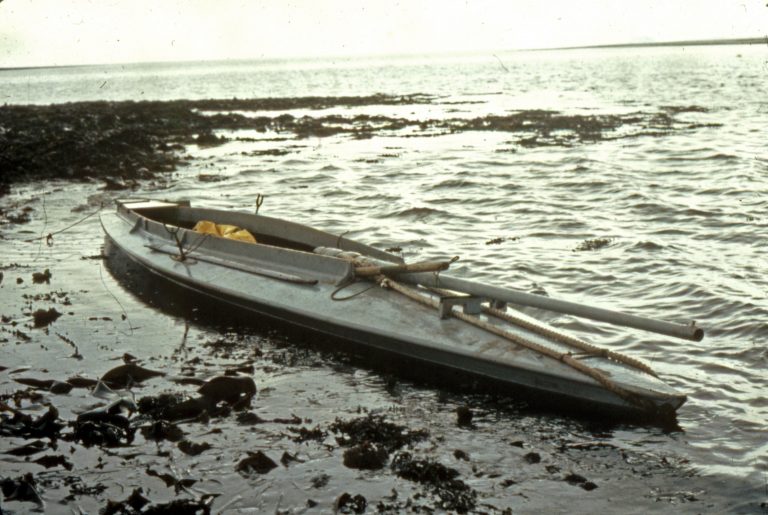 The boats gear usually included two sculls, setting pole, hand paddle, a sail, a gun-stick, 2 pairs of patterns and at least one cripple stopper. Aiming the gun was achieved by pushing the punt slowly towards the quarry and using the gun-stick to adjust the elevation of the barrel.

Here at Holy Island, locals hoping for a shot would scan the likely spots from the Priests Field wall looking across to the South Corner and along to the Mill Burn looking for Wigeon that had fed and come down to the tides edge to rest, bath and preen. Locals using their knowledge and experience would only head out if there was a chance of a shot. However, the visitoring Puntsman would launch from the Causeway, on the ebb, hoping to find a shot and be unable to return to the road until the tide flooded.

During the low water period the punt would use the lie of the land to hide and view the best opportunity to close on a shot, slowly stalking the birds at or near the tides edge. When the punt was closed on a shot, both men lay on the boats bottom boards and the crew pushed slowly towards the Wigeon, always trying to keep the punt head on to the birds. At the same time the Gunner held a mental picture of where the duck were and listening to the whistles of the Wigeon growing closer. As the stalk progressed the Gunner readied the lanyard to fire. Was the elevation right or did he have to move the gun-stick to help achieve a good clean kill? When 60m or so off, if the men decided to fire, a side flap in the combing would drop, a hand banged down on the decking and as the birds lifted, the gun fired. Energy from firing, as well as propelling the shot, caused a recoil that could push the punt backwards through the water by several metres. 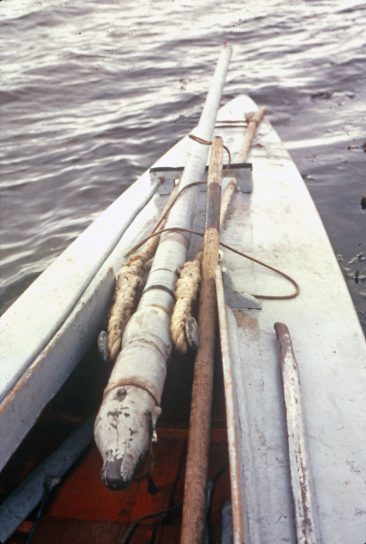 After firing the punt was quickly grounded and the men grabbed their ‘cripple stoppers’ and went after any pricked birds. After dispatching any close-by birds, if the ground was soft mud or quicksand, they would fit their patterns and search for any wounded or dead Wigeon. It was important that all birds brought down were recovered and none were lost. A shot of 40 or 50 Wigeon could be bagged.

Returning to the Island as the tide flooded was not without risk, but given a fair wind and keeping out of the main tideway, they could sail home. Whenever a local put out there was always someone on the Island with an eye out for the men’s safety. Occasionally in poor weather a punt could be walked home along the tides edge. But in shabby weather there were occasions when a fishing boat would set out from the harbour and offer a tow in. 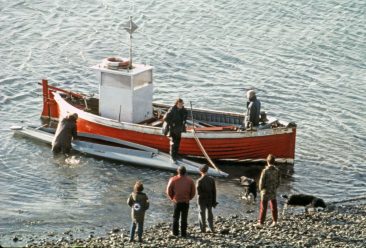 When I managed and policed wildfowling, up to 5 punts were operational. Now only an occasional visiting Puntsman may be seen. Truly a dying sport in more ways than one!