Sandham Bay – originally Sandon – has Emanuel Head, marked by its prominent white pyramid shaped landmark, at its eastern end with Ness End or False Emanuel Head as its western boundary.

Ness End gained the name False Emanuel Head because, from seaward, the profiles of the two headlands are similar and over the centuries many vessels coming from the north have been deceived into turning south too soon and been stranded on the Castlehead Rocks. A reef of Sandbanks Limestone carved into jagged ridges and grooves by the sea which stretches out from Ness End, uncovered, for some 500 metres at low spring tides. Half that length again lies permanently beneath the sea covered in thick kelp.  It is believed that over time some seven hundred lives have been lost here and on the adjacent shore. Divers report evidence of numerous wrecks: ancient wooden planks embedded with copper nails, huge brass rudder pintles and dozens of ship’s anchors. In an attempt to prevent this carnage between 1801 and 1810 Trinity House of Newcastle commissioned the building of the conspicuous navigational landmark on Emmanuel Head. It is possibly the first such mark on mainland Britain. While it proved to be a success sadly some tragedies still occurred. 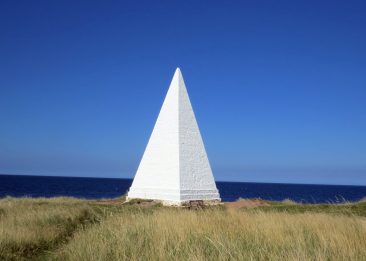 The Navigational Landmark at Emanuel Head

On March 26th 1892 the steamship Holmrook on her way from Arbroath in severe weather lost her bearings in thick snow and struck the Castlehead Rocks. The crew abandoned ship taking to her lifeboat. This quickly capsized, was righted and capsized again. All but one of her crew of twelve succumbed to the cold and exposure and drowned.  The bodies of the eleven who were lost lie in a communal grave in the churchyard of St Mary’s Church on the Island. The tragedy led to a demand for an inquiry to be held to look into building a lighthouse on False Emmanuel Head but the request was denied. The Chairman of the Board of Trade declaring,

The weather at the time was densely thick with snow. I do not think any useful purpose would be served by holding a formal inquiry in respect to this case, which, so far as I have gathered, appears to have been one of reckless navigation.

The best known wreck, whose remains are gradually fusing with the rocks, is the SS Cydonia, a 331 foot long collier of 3085 gross tonnes. She had been requisitioned for the war by the Admiralty and on the 28th September 1916 was on her way from Burntisland on the north side of the Firth of Forth to Brest in Northern France.  She was caught in a fierce storm and driven onto the rocks. The Holy Island Lifeboat, the Lizzie Porter, was launched from the Lifeboat House on the foreshore facing St. Cuthbert’s Island. Despite the strong wind and heavy seas, the lifeboat crew successfully rescued the Cydonia’s crew of twenty-nine men and two cats.

Over the next few days a salvage tug, the Reclaimer, installed two large pumps which pumped out the water in readiness for the arrival of two additional tugs commissioned to pull her off the rocks. The weather was calm, but a thick fog delayed their arrival. The pumps were turned off and the Cydonia settled again. Before the tugs could arrive a vicious storm from the north replaced the calm and the Cydonia was reduced to a wreck. Her cargo of coal was strewn around Ness End and Coves Haven providing a source of free fuel for Island families for nearly forty years. 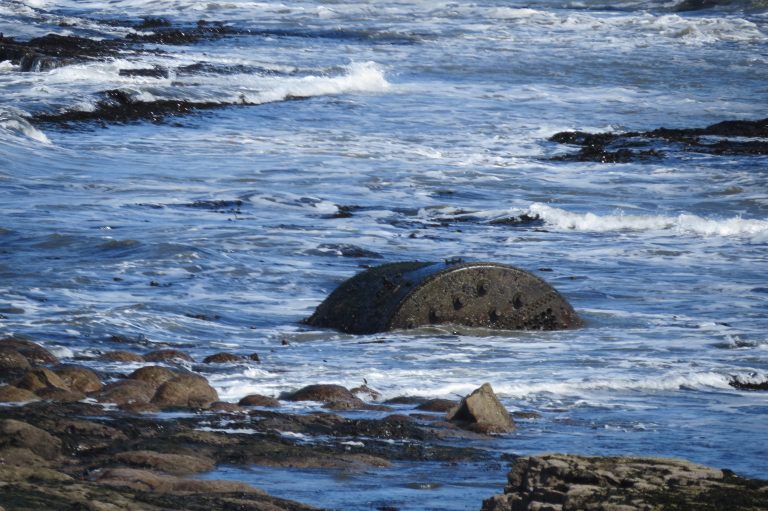 Ships Boiler on the Castlehead Rocks

The James B. Graham

A little over five years later, at 8.00pm on January 15th 1922, on a night with a fierce northerly wind and driving snow, a flare was seen over Ness End and the Lizzie Porter was again called to the same hazardous waters; to the aid of the FV James B. Graham, a 115 foot steam fishing boat of 198 gross tonnes. Used as a Minesweeper during the war she had returned to fishing for her Hartlepool owners. The weather was appalling, the Lizzie Porter’s trailer wheels stuck in the soft mud and the lifeboat could only be launched with the help of the Island women wading waste deep into the freezing water and dragging her until she floated. The crew of the engineless lifeboat battled under oars into the teeth of the gale for three miles to reach the stricken ship. After several attempts they succeeded in rescuing all nine of her crew, although the James B. Graham itself became a total wreck. The bravery and skill of the lifeboat crew was recognised by awarding Coxswain George Cromarty the R.N.L.I Silver medal with additional awards of Bronze medals for the three second coxswain’s . 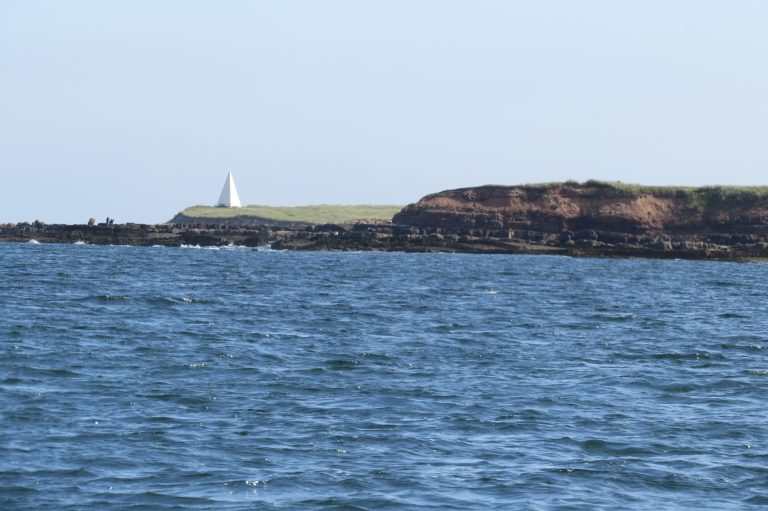 Ness End and Emanuel Head from Coves Bay to the NW

Based on an article from Holy Island Isle of Winds. Author John Bevan.