The Goldstone and Plough Wrecks

The sea has always been hazardous for sailors, a truth to which the many wrecks along the British coast bear witness. The few miles of Holy Islands’ northern and eastern shorelines are no exception and over the centuries countless vessels, and too many of their crews and passengers, have met their ends on the rocks and beaches of the Island. Some driven ashore by storms on to the huge sands of the North Shore and Goswick Bay; some on to the long reef called the Castlehead Rocks that stretches out for half a mile from the Sandstone and Limestone cliffs at Ness End. A few foundered off the nearby Emanuel Head and an unknown number a mile or so further south on the Plough Seat Reef and the treacherous Goldstone Rock.

The Plough Rock itself from which the reef gets its name lies half a mile a little to the north and east from Castle Point and is visible above the water until about half-tide. For a long time marked by a pole impaled in the rock, a Cardinal buoy is now moored in the waters close to its western end. The associated reef stretches east for a further half mile with some of the rocks awash at low tide. The reef’s outer edge is marked by the Plough Seat buoy. Little is known of many of the vessels claimed by the reef but there are two notable exceptions. 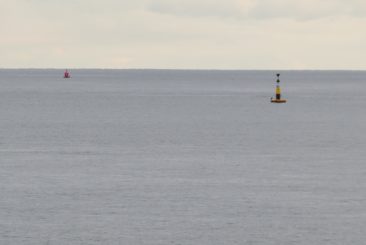 The Thistle was a Dundee Registered Collier of around 400 tons. Built of iron in 1883 she was steam powered, had a number of watertight bulkheads and was classed as 100 A1 at Lloyds. A modern ship in first class condition. On November 22nd 1883 she was carrying coal from Sunderland to Montrose when she was battered by Storm Force Nine westerly winds. Seeking shelter her Captain J. Potter brought her closer inshore – and on to the Reef. One crewman drowned, the other ten and a single passenger survived. The Thistle was a total wreck. 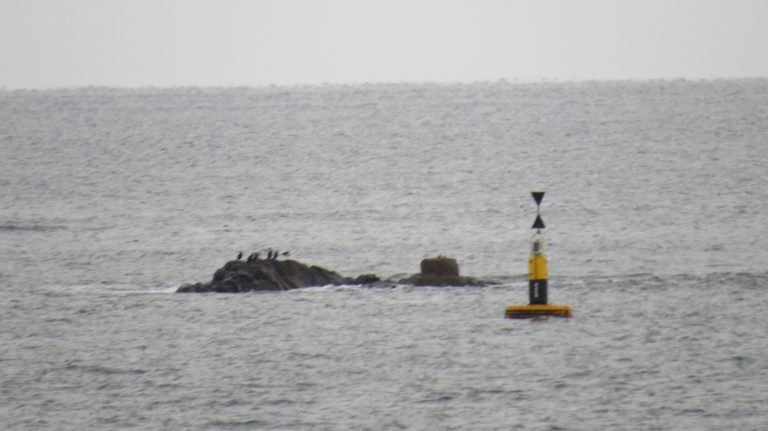 Twelve years after the Thistle stranding another collier, the Otto M’Combie carrying coal from Amble to Dundee on January 9th 1895 also struck the Reef and became a total wreck.  Her crew of ten survived. The fragmented remains of the 341 ton iron steam ship lie on the seabed intermingled with those of the Thistle which lies alongside her, mussels coating the broken skeletons of the two ships.

The Goldstone Rock lies a further mile and a half to the east of the Plough Rock some two miles from Castle Point. The rock is visible at low tide and is the prominent western end of a small reef that, after the 10 metre sheer western face of the rock itself, slopes gently downwards to the south east for 200 metres. No-one knows how many ships have been lost here over the centuries. It is known that there were thirteen recorded shipwrecks between 1823 and 1890 alone. Modern Divers report that the base of the rock is a tangle of wreckage from the many vessels that lie there. Most are unknown and are now mere fragments. A few are:

All these were wooden vessels, as was the most notorious and best recorded casualty of the Goldstone; the Paddleship Pegasus. En-route from Leith to Hull she struck the rock shortly after mid-night on July 20th 1843, sinking within an hour.  The disaster was discovered by the Martello a few hours later which, with help from boats from the Island, rescued the handful of survivors. There were only five from the fifty-six listed passengers and crew and an unrecorded number in steerage. The Pegasus Story is told in a separate article in the Islandshire on-line archive.

After the Pegasus two further casualties were metal ships. The Arbutus a 356 ton Dundee registered iron ship with a crew of twelve and four passengers was heading for Seaham on January 17th 1890 when she struck the rock; was holed and became a complete loss. Happily the crew and passengers were all rescued.

And in 1913 on May 3rd the Scottish Prince, a steel trawler of 131 tons, was returning to her home port of North Shields but became a total loss after striking the rock. Her crew of nine all survived. 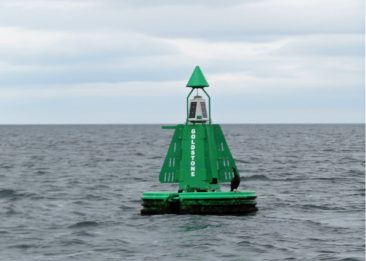 Today the Plough Reef  and Goldstone Rock are clearly marked with a shipping channel running between the green  Goldstone Buoy and the red  Plough Seat buoy. A light from the light house at Black Rock Point near Bamburgh shines white to guide vessels along the passage between the two reefs. The light becoming  red or green if they deviate from the safe course. 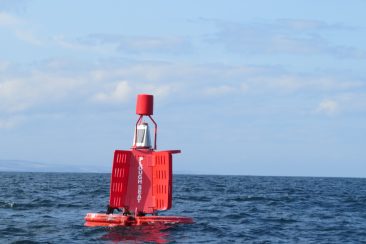 Based on articles from Holy Island Isle of Winds by John Bevan.