You are here: HomenextAreasnextHoly IslandnextThe Wrecks on the North Shore

The Wrecks on the North Shore

The North Shore of the Island is a huge expanse of sand extending two miles from the Back Skerr rocks at its eastern end to the Snook End in the west. From there when the tide is out it merges with the Goswick Sands that reach out from the mainland and stretch a further three miles and more towards Berwick.

The North Shore beach is up to half a mile in width and even on the sunniest of summer days only a handful of people are dotted along it. In a storm with savage winds from the north or east the sands form a lee shore on to which, for centuries, ships have been driven. Today the remains of wooden, iron and steel vessels can be seen imbedded in the sand. The names and stories of most of then are long forgotten but something is known of two of them in particular.

One is the Sea Belle. A wooden schooner of 100 tonnes she had left Nairn in the Moray Firth with a cargo of pit props, bound for Sunderland. While some records say she grounded in 1883, a more reliable account is that in a diary kept by John Wilson, an Island fisherman, in which he records the event in his entry for Wednesday December 27th 1899. She carried a crew of two who were rescued by men of the Holy Island Coastguard using the fairly new system of Dennetts Rockets. These were carried to Goswick Sands and launched from portable stands. The rockets fired ropes onto the stricken vessel. These were tied securely to the wreck by her crew and provided a lifeline for them to be brought ashore by Breeches Buoy. 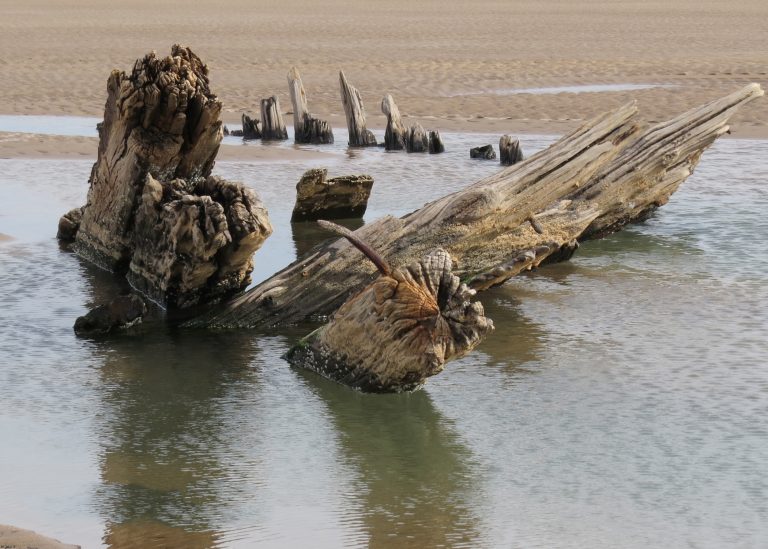 The Remains of the Sea Belle

The second and largest is the SS Werner Kunstmann, a German registered cargo ship of 2513 tonnes, built in 1891 and steam powered with a small auxiliary sail. Somehow an erroneous story has grown up, particularly on the internet, that she was scuttled on July 14th 1914 while carrying a cargo of iron ore for German factories in the lead up to the First World War. In reality she ran ashore on January 14th 1913, while in ballast and on a voyage from Stettin (Szczecin) on the Baltic to Newcastle. She carried a crew of seventeen, all saved by the Holy Island Coastguard and the Island Lifeboat the Edward & Eliza. 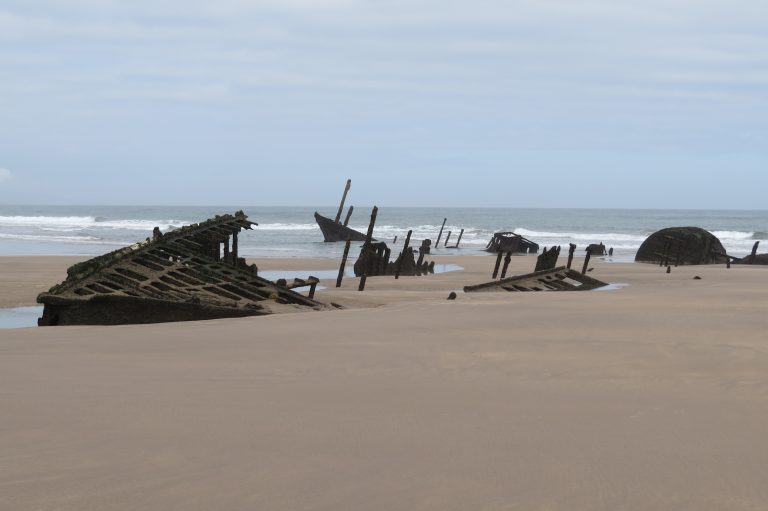 Based on extracts from Holy Island Isle of Winds by John Bevan.