The Loss of the Pegasus

On the 2nd of December 1835, the Pegasus was launched from Robert Barclay and Company’s shipyard at Stobcross on the Clyde. This large wooden paddle steamer, 140 feet long and 39 feet wide, was to be the first ship for the newly formed Hull and Leith Shipping Company, running a weekly passenger and cargo service between the two ports.

After completing her sea trials on Sunday 7th February 1836, the Pegasus left Leith for Hull on her first voyage, setting out on the return journey to Leith on Wednesday February 10th.

The Pegasus encountered its first serious problem in August 1836.  Setting sail from Leith on 6 August, in the words of the Hull Packet, it struck on a sunken rock nearly opposite Bamborough Castle.

In 1838 on Sunday, 16 December, about 6.00 a.m., in thick fog, she hit the notorious Salt Scar Rocks, off Redcar, with 70 passengers on board. When daylight broke, it could be seen that the ship was approximately a mile off the coast, and boats came out from Redcar to disembark the passengers. On this occasion, there is no suggestion of a serious navigational error; the accident was the result of the fog.

In 1839 she had left Hull for Leith on 1st May, but on the following evening ran into thick fog. The captain slowed to half speed and took regular depth soundings, but he had no means of establishing his exact position and, about 1.00 am on the Friday morning, she struck a rock on the Fife coast, halfway between Elie and St. Monance.  Discovering that she was making too much water to enable her to continue the journey, the captain ran the ship on to the nearby shore, and raised the alarm. This brought boats from St. Monance and all the passengers were safely disembarked. Repairs were carried out in Dundee, and she re-entered service in the late summer of 1839.

In October 1841 the Pegasus encountered more difficulties in bad weather off Bridlington, possibly due to problems with her boilers, and by now she was beginning to develop a reputation as a problem ship. The storm seems to have badly damaged the Pegasus as a subsequent Company meeting refers to the great repair done at Hull.

In January 1843, a new ship the Martello entered service and the Pegasus was laid up until March to allow for a good overhaul, in the hope that this would attract prospective buyers for her. If not then she would be in good condition for the summer trade. Having failed to find a buyer the Pegasus returned to service in the spring. But it was clear that she was already overshadowed by the Martello.

On her last voyage Pegasus sailed for Hull at 5.40 pm, on Wednesday 19 July 1843, aboard were a crew of 15 with 18 cabin passengers, 23 steerage passengers and an unknown number of unlisted passengers. It was a peaceful evening, possibly a little hazy, but nothing to cause concern. About a quarter to midnight, the Pegasus passed the white pyramid marker on Emmanuel Head, the easternmost point of Holy Island with the lights on the Farne Islands clearly visible.  Following her usual route, she headed towards the Inner Passage.  By now, everyone had retired except the crew on duty. At midnight eight bells were rung, signalling crew changes. The Captain Alexander Miller went to the bridge; Jack Johnstone, the helmsman, handed the wheel over to Robert Melville, and on his way back to his bunk, wakened William Brown, the mate. The normal arrangement was that the second mate roused the mate to take his place, but on this evening, the second mate had not appeared, and as a result William was late on duty. Then, at about 12.20 a.m. the ship struck the Goldstone Rock. To hit a rock on a clear calm night, on a route which had been taken twice a week for seven years, seems to have produced a total state of shock, at least on the Captain. His immediate response, on being asked by the mate what had happened was God knows, William. He then gave orders to back off the rock.  Already, however, water was flooding into the engine room, and Hood, the engineer, stopped the engine and came on deck to tell the Captain to try to run the ship ashore before she sank.

Many of the passengers were asleep when the ship struck. There were only two lifeboats, each capable of holding only 12 – 15 people.  These were being lowered, unfilled, and with no-one apparently in charge. At some point about then the crew and passengers attempted to attract attention by shouting together for help. Rockets and a blue light were fired as distress signals, but no attempt was made to fire the ship’s cannon. As the ship went down, only part of the foremast remained above the water. The ship’s boats were empty and waterlogged. Survivors clinging to planks and flotsam

It was at approximately 5.00 am that the Martello, making the return journey from Hull to Leith, came upon the scene of devastation.  Although there was little sign of survivors, the large amount of flotsam bore witness to the dreadful events. Immediately the Martello’s boats were launched, and the crew began retrieving bodies and property. The first of the survivors to be found was described as a man apparently immersed up to the breast in the sea. On approaching him, they found that he was sitting erect in a sunken boat, in a state of frigid insensibility, with the film of death overspreading his eyes.

The fishermen on Holy Island saw both the flotsam and the unusual behaviour of the Martello and they joined in the search led by the Harbour Master William Wilson and fisherman George Markwell. 6 further bodies were recovered. 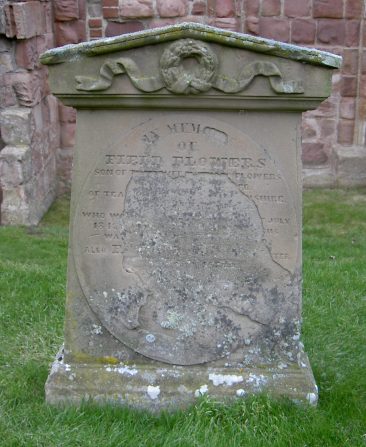 Attempted recovery of the victims, and salvage of their property, the cargo and of the ship itself continued for ten weeks until the end of September. With the arrival of divers at the end of the first week, retrieval became more organised. Their work continued until 26 August, during which time they recovered all the cargo, the ship’s silver plate and more luggage. On the 26th and 27th August  the divers put on an exhibition in Holy Island harbour of how they recovered items from the seabed. So popular was this, that a pleasure boat brought visitors from Spittal to see the show. 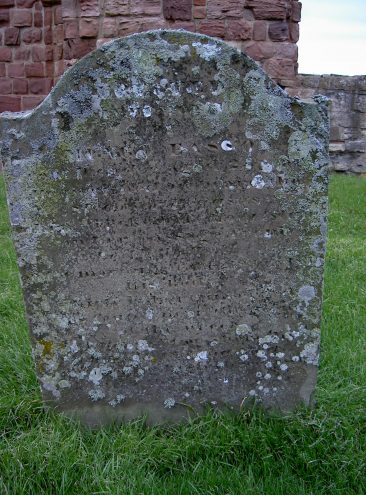 Recovery of the Pegasus herself proved problematic. But the company was initially confident that she would soon be raised.  Her position however was very exposed, and the weather worsened. The attempts were abandoned. And, on Saturday 29 July, a green can buoy was attached with the word WRECK painted in white letters, and its location with compass bearings was published in the press. On Monday 11 September the Times carried the news that the attempts to lift the ship or salvage any more machinery had been totally abandoned.

From immediately after the wrecking of the Pegasus, the pressing question was How could it have happened?  There was a clear need to establish the facts and make them known and, in 1843, the obvious mechanism for this was to hold a Coroner’s Inquest on a body or bodies from the wreck.

There was an immediate problem. The first bodies, picked up by the Martello on the morning of the accident, were taken straight to Leith, removing them from the jurisdiction of an English coroner. The location of the wreck also presented problems – it had gone down in an area known as Islandshire which, until the 1840s, technically was not Northumberland, but a detached portion of the County of Durham. So, depending on where the body was washed up there were jurisdictional issues. Once these were overcome the questioning moved on to broader issues:

the seaworthiness of the ship;

the competence and sobriety of the Captain and helmsman;

the speed of the ship;

the route of the ship.

The witnesses asserted that the ship was in good seaworthy condition and had undergone a major refit eighteen months earlier. They were also clear that the Captain had commanded their respect and that Robert Melville, the helmsman, was believed to be sober and reliable.

A considerable amount of questioning focussed on the speed of the ship and the crew members were in general agreement that she could not have been travelling at more than seven or eight knots,

The most detailed questioning focussed on the ship’s route and how she had hit the Goldstone on a clear, calm night. It emerged that her normal route was to steer to the west of the Goldstone, closer to Holy Island, and head towards the Megstone and between it and the Big Farne, before continuing south.  Explanations of why a route, usually navigated safely, had gone so wrong were very limited. Most of the Captains giving evidence were clear that between the coastline and the visible lights, it was relatively easy to establish exactly where a ship was. The overall conclusion was that the watch, for whatever reason, was inadequate.

About 1.00 pm, after an hour’s consideration, the jury gave its verdict.

That the persons on whose bodies they had held inquest had met with an accidental death, occasioned by the gross negligence of the captain and those on the look-out of the vessel on board of which they were.

Only 5 of the passengers and crew had survived.