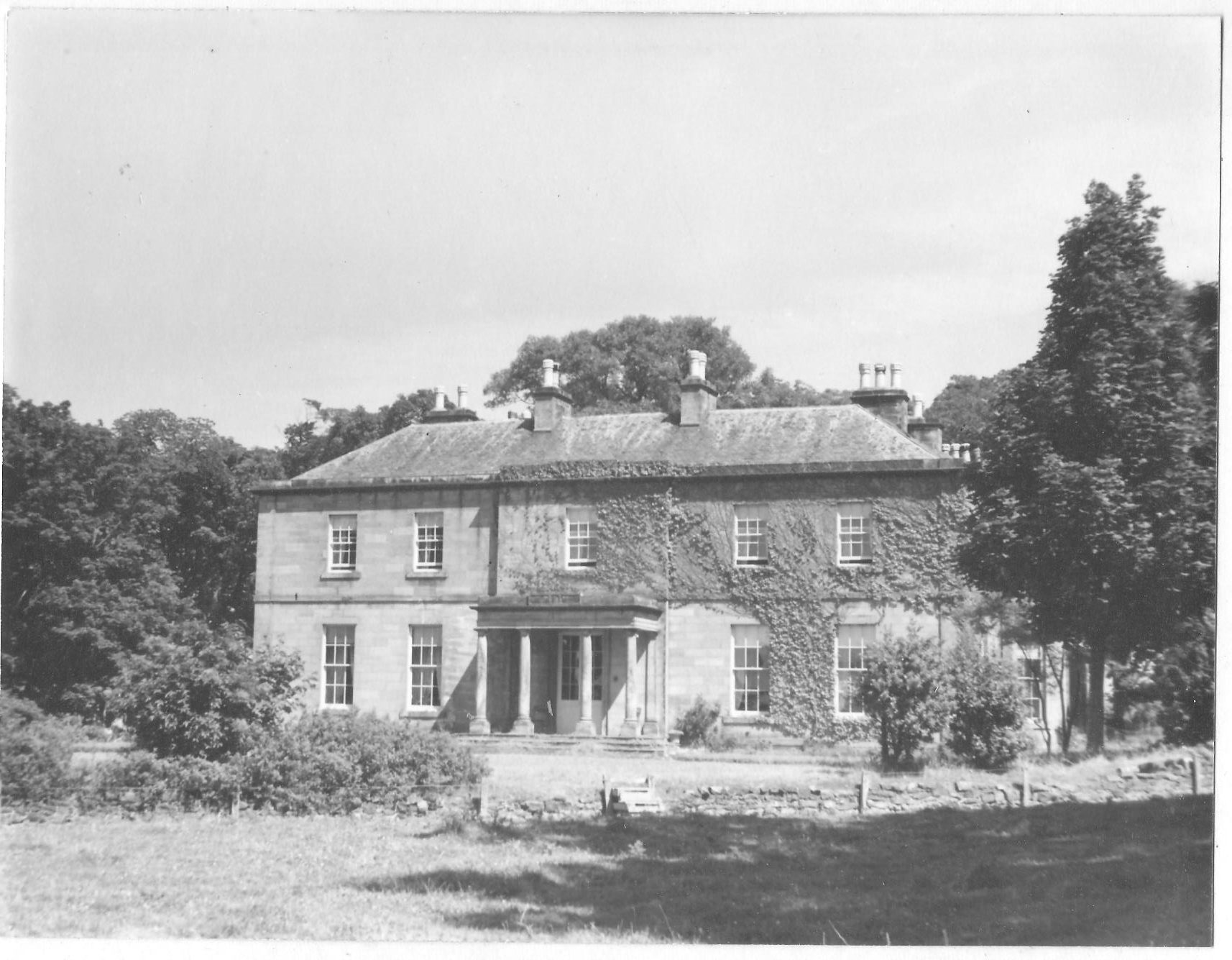 It is not known when the first house was built on the site of Budle Hall, but Budle is mentioned as far back as 1135 when King Henry 1 awarded lands to Eustace Fitz John in return he was expected to ward off Scottish invasion. The land changes hands many times until the Younghusband family inherit. The will of Oswald Younghusband of 1590 bequeaths his “head house and two lands belonging to it” to his son Richard, this is the first mention of a house. The house stays within the family for 150 years. The last Younghusband was Thomas who came to an unfortunate end. Thomas was out fishing near the Farne Islands with his gardener Mr Errington and two others, a sudden squall upset the boat and all were drown bar Mr Errington. Thomas’s ghost was said to haunt the house until it was pulled down. At the time of his death he was heavily in debt, there survives a partial inventory of his goods and chattels.

Budle was acquired by Grieve Smith  1806, he was married to Eleanor the only child of James Culley of Grindon, a very wealthy and successful farmer, she was used to having her own way. Eleanor wanted a larger and more fashionable house, she persuaded Grieve to knockdown the old house and build her a more substantial palatial mansion. This is the building that stands today. Grieve died at the age of 48 in 1829, bankrupt, it came to light that he owed money all over the county.

The property and land was put up for sale.

To Be Sold By Private contract, all that valuable and most desirable FREEHOLD ESTATE, delightfully situated at Budle, in the parish and near to the Castle of Bamburgh, in the County of Northumberland, containing 459 Acres or thereabouts, of Land of superior quality, well inclosed and in the highest state of cultivation; together with the Corn and Hay tithes rising from the whole township of Budle. The mansion house, recently built upon the Estate, is handsome and spacious; the coach house, stables and other offices, are extensive and complete; and the gardens, orchard and shrubberies, are in every respect suitable to the mansion. The farm offices are also extensive and convenient ans in the best state of repair; and there are spacious granaries for the purpose of receiving and shipping corn.

It would appear that the house and land failed to sell, but had a succession of tenants in the house and working the land until Lord Henry Grey stepped in and bought the estate in 1839.

He rented the house to a cousin of the late Earl Grey, Anna Maria Grey from Greatham. She remained there until her death at the age of 78 in July 1854, she was buried on Holy Island. An advert appeared the following year detailing the contents of the house.

The house and lands were advertised for let either together or separately in 1855, the lease was taken on by George Turnbull.  Little is known about George. By 1871, George, his wife and daughters are living in Whitley Bay and his son James is left running the farm.

By this stage Lord Grey was having money problems, his cash flow was running in the wrong direction. He decided to sell a number of his farms in 1870 to liquidate some cash, Budle being one. The estate was bought by a wealthy financier George Cruddas, he had made his money originally in the textile and shipping industries. Cruddas had bought the property as an investment with no interest in living in the house. James Turnbull was left in situ.

The tenancy changes hands again in 1871, this time taken over by Richard and James Burdon-Sanderson sons of a notable barrister who was based in Newcastle. The lives of the brothers were irrevocably changed in January 1876 when their parents and two sisters who where on board the ” Flying Scotsman” were involved in a serious train crash at Huntingdon. The girls were killed instantly. Their father came out of the incident with several broken bones which he never recovered from, their mother looking recovered and moved in with the boys.

Waren House which is next door became vacant in 1883, James moved out and took over the running of the estate, leaving Richard at Budle with his mother. In 1890 the property is advertised with first class accommodation for stock.

John Forster is the next tenant of Budle, he takes up residence in October 1891. John was a member of one of the oldest Northumbrian families in the district, his family had farmed Burradon, near Alnwick, for over a century. John was noted as a sound and practical agriculturist, he leased the lands of Lowick along with Budle and owned the farm of East Link Hall, near Alnwick. In his younger days he was a noted sportsman, and was on one of the founders of the steeplechase meetings held at Rothbury where he frequently competed. He was also the founder of greyhound coursing in North Northumberland. John died at the age of 70 after suffering from a period of ill health.

The next name on the tenancy agreement is George Atkinson who at the time was also leasing Chesterhill, which is a mile north from Budle. This is where we see the Brown family, whose name is linked to the house for over 70 years enter the scene. Robert Brown who was the nephew of George Atkinson took over the tenancy of Chesterhill under the supervision of his uncle, when George took over at Budle.

Robert, the only son of William and Annie Brown married Isabel, who was the youngest daughter of Thomas and Jane Atkinson (George’s brother) on November 5th 1908 at Bondgate Church, Alnwick. Robert died suddenly on the 9 December at the age of 39. He was in his obituary called a “skilful and enterprising farmer”. He was interred at Bamburgh Churchyard on the 13th December 1918, the church was filled with many friends and relatives.

Isabel continued to run the farm with the help of her children and her father in law only leaving when the Cruddas family decided to sell the estate in 1973.