All Weddings are special occasions for the happy couple, their family and friends, and those on the Island have traditionally taken place within a framework of longstanding customs; many of which are still observed today. The Wedding in 1952 between Collin Teago and Margaret Penelope Allison illustrates a typical Island wedding of the time. 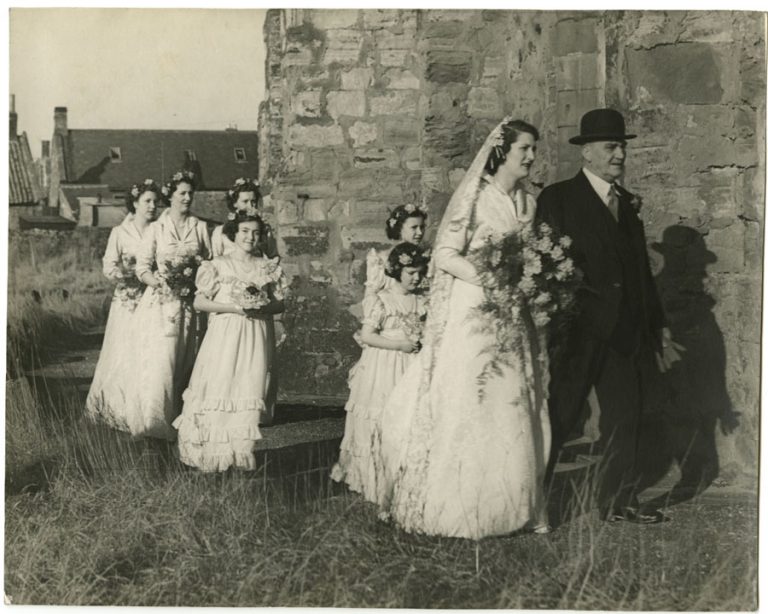 The Bride approached St Mary’s Church from the western side before entering for the Wedding Service; leaving with her new husband around to the eastern side and walking in procession to the Petting Stone. This was originally the base for the old Celtic Market Cross which had rested in the deep groove on the stones top surface. Two of the older fishermen helped her on to the stone and supported her while she jumped from it on to the grass on the other side, a ceremony to bring happiness and fertility to her marriage. The fishermen were rewarded by the groom with a cash payment of ten shillings. 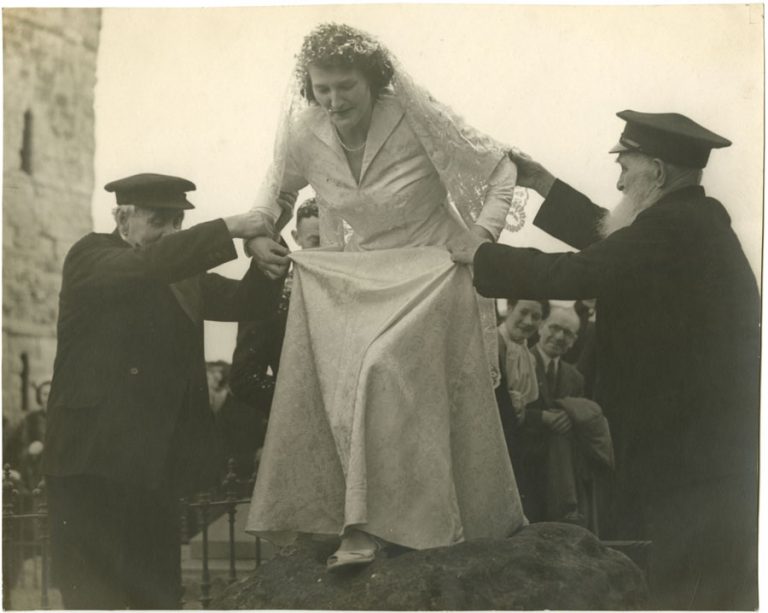 The Bride and Groom then walked the short distance to the church gates which were tied shut with ropes and guarded by two senior island men. On payment of a toll, the ropes were cut and the wedding party was able to pass through the gates. 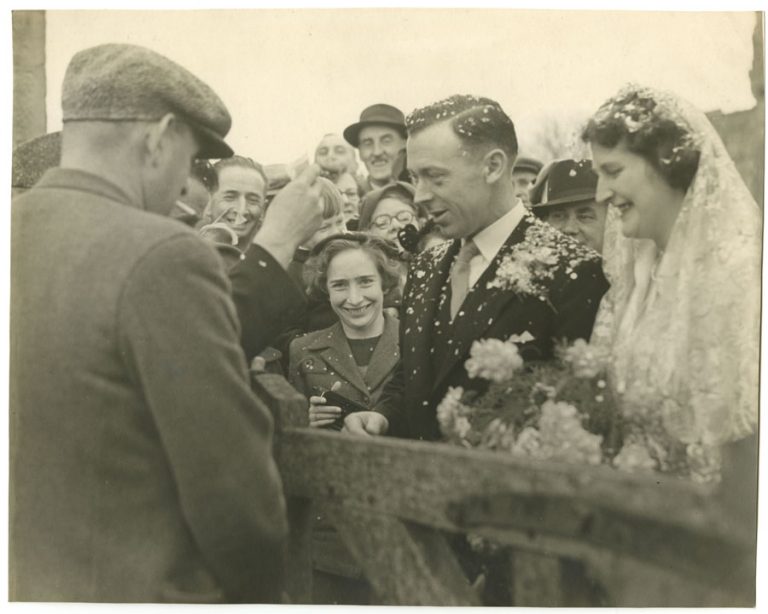 Outside the church grounds the  newly married couple were saluted by a prolonged barrage of gun fire over their heads. The gunners made up of fishermen and other islanders. The couple threw coins which the children scrambled to collect. 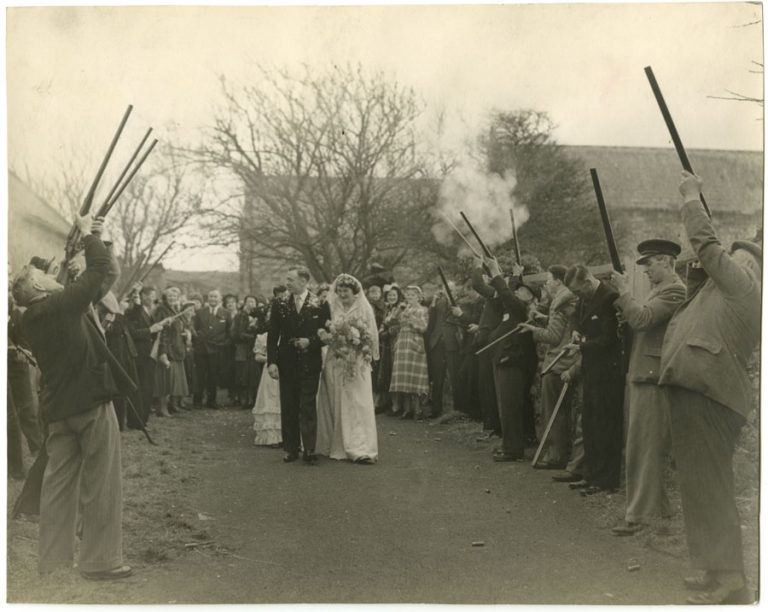 The Breaking of the Plate.

Before they entered the Village Hall for the Reception, a girlfriend of the Bride threw a serviette over her head followed by a tea plate carrying a small piece of cake, the plate shattering on the ground. This brought good luck to the hostess and to anyone picking up a bit of the broken plate. 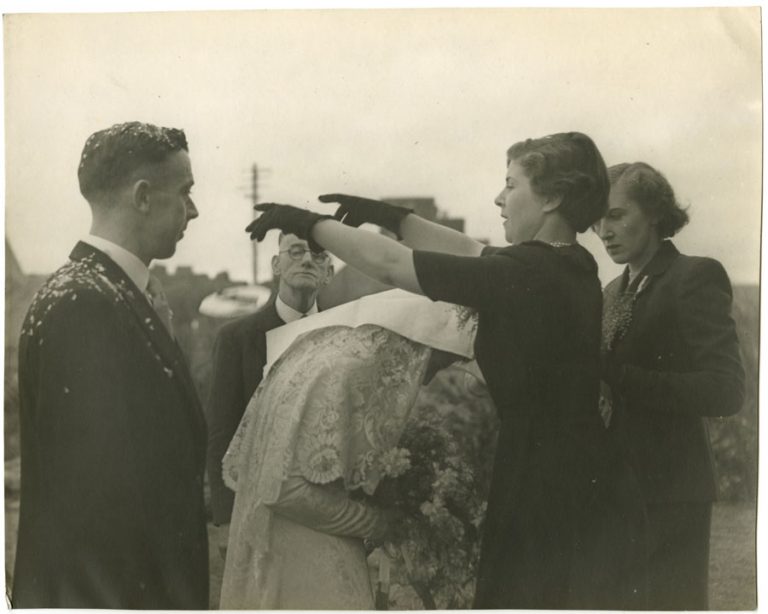 The speeches were made, the cake cut and distributed to the guests with the top section saved to be used as the Christening cake for the couple’s first child.

A wedding is always a good excuse for a party, and the islanders are well practised in enjoying one. If perhaps not as much as in the past when, according to the National Geographical Magazine

the rest of the day and often half the night are spent in the inns, where the newly weds stand drinks all around and are expected to keep on doing so until everyone has had enough. This expense, no  doubt explains why some individuals fight shy of pledging their troth on Holy Island