Holy Island and the Covid 19 Lockdown

As the Covid 19 epidemic grew in the first quarter of 2020 it had a profound effect on the Island, its businesses and its residents many of whom, indeed the majority, were defined as vulnerable. Usually because of their age. In the face of the crisis though the Community from the outset came together strongly in many ways.

On March 16th Prime Minister Johnson introduced the government guidance that people should work from home if possible; non-essential journeys should not be made; and the over 70’s should take particular care. Panic buying began to strip the supermarkets of basic items. The same day Sarah Hills, the Vicar at St Mary’s Parish Church, called an meeting with representatives of the Churches and Religious groups, the Parish Council, the Development Trust and local businesses at which it was agreed that a Holy Island Support Group should be set up immediately with the declared aim

to help and support individuals (residents) and businesses on the island during the current situation and others that may arise.

A weekly newsletter was produced giving up to date information on what help and services were available and who to contact if help was needed.

A major initiative of the Support Group in response to the panic buying was the establishment of a Food Reserve making essential supplies available for sale to vulnerable residents who would be unable to get to the shops. This was based at and run by Marygate House with the purchases financed by the Parish Council. 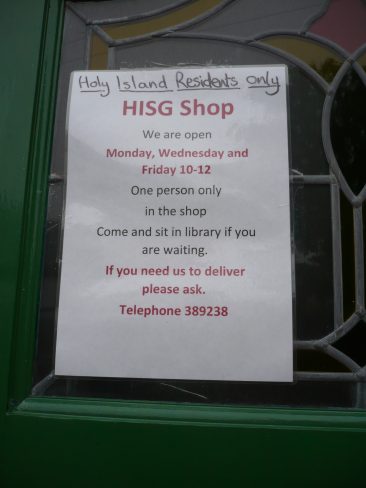 The ‘shop’ proved popular and operated until June 26th when, as shops nationally were now open and with the Island Post Office introducing a range of groceries, it was felt that it was no longer needed. The food that remained after closure was donated by the Parish Council to Berwick Food Bank.

As well as supporting the Food Store the Parish Council had to consider what action it could take to safeguard the Island residents. The intention initially was to reinforce the government advice, with notices at the causeway and Chare Ends asking that non-essential visitors should not come on to the Island. On March 23rd a message was placed on the website and a press release issued reinforcing this plea. These were quickly taken up by social media and widely distributed. Later the same day the Prime Minister announced the full lock down and the Parish Council’s request to day visitors, holiday let customers and even second homeowners to stay away became law. 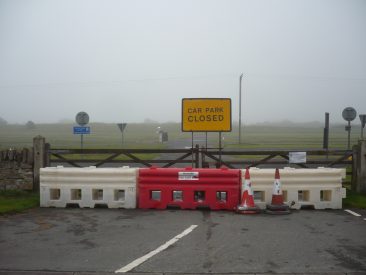 Northumberland County Council closed the car parks and public toilets a few days later and placed several signs on Beal Lonnen making clear that those facilities were closed. The Parish Council produced and placed additional notices on the Island and introduced an informal Residents Parking Scheme. 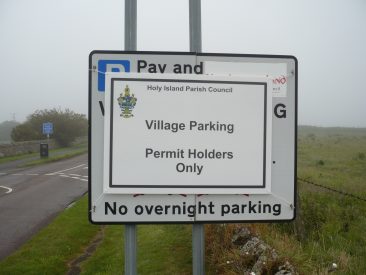 Although the main concern of residents was for their and their family’s health and wellbeing most were financially protected by pensions or by the government furloughing scheme. But for the businesses despite Government Support measures the problems mounted and were acute. Only the Post Office as an ‘essential business’ remained open after the March 23rd lock down and when Jill Casey displayed symptoms of the virus and was told to self-isolate along with her husband Michael, it too closed for 14 days until they were allowed to return to work. While this was for limited hours only they provided a vital service to the community. 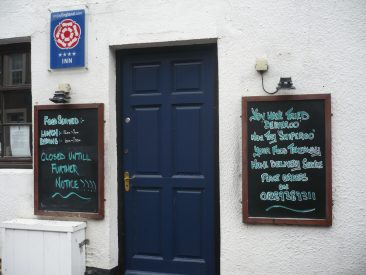 The Ship Inn and The Crown & Anchor offered Take Away meals which in reality, as with the Post Office, was more as a service to the community than as a meaningful business venture. Visitor numbers dropped to virtually zero, the residents overwhelmingly behaved as the government requested and throughout the lock down the Island remained free of confirmed cases of Covid 19.

Beyond doubt there were many worse places to spend the lock down and many Islanders found it to have one definite positive. For the first time in years the Island was theirs again. The streets empty, social distancing easy to achieve and those exercising outside the village having the Island to themselves. The weather for much of the time was exceptional and older residents remarked that it reminded them of the Island of their childhood. A brief and for many a welcome period of calm.

As Covid 19 seemed to be becoming under control and with the growing economic imperative, the national restrictions began to be eased. Northumberland County Council consulted regularly with the Parish Council about when the Car Parks should reopen. The Parish Council’s firm view was that this should only happen when it was also possible to open the toilets and their initial request was that the position should be reviewed at the end of May. Although by then travelling any distance for exercise was allowed in England it was felt that it was too soon to encourage day visitors to the Island when, with the exception of the Post Office, all businesses were closed. The next possible date was June 15th when non-essential shops were permitted to open. As it had done earlier, the Parish Council again consulted the businesses and the consensus was that without toilets the car parks should remain closed. Soon after, Northumberland County Council advised  that the toilets could open by June 22nd and it was agreed that the Car Parks should also reopen that same Monday. And while many residents were still fearful of a large influx of visitors and the risk of infection that they might bring with them, the Parish Council felt that on balance it was time to begin a return to some kind of normality. 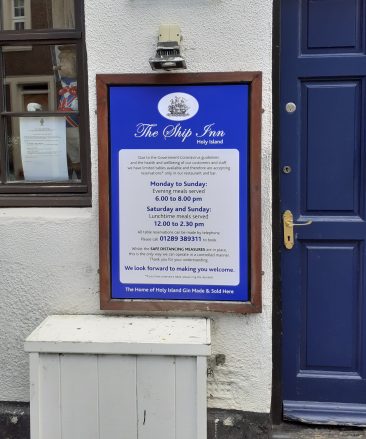 In the last two weeks of June some Island businesses opened their doors again and there was an increase in the numbers of day visitors, although the numbers remained low. After July 4th visitors could once again stay at the holiday lets and second homeowners could stay overnight in their properties. A few of the latter had arrived before lock down and stayed, others had visited for a few hours on occasion to check their houses, most had followed the guidelines.

As second homeowners  and holiday let customers began to arrive on July 4th on the same day the cafes and pubs all opened albeit cautiously. While drinks only were available the emphasis was on food which had to be booked in advance. The numbers of day visitors  increased that weekend although still remaining well below usual July levels. However in the following two weeks the numbers of day visitors grew steadily and while, because of the absence of the usual large number of coach trips, the total numbers were down the Island became significantly busier that many residents had expected or, in truth, were comfortable with. But perhaps the beginnings of a steady recovery? 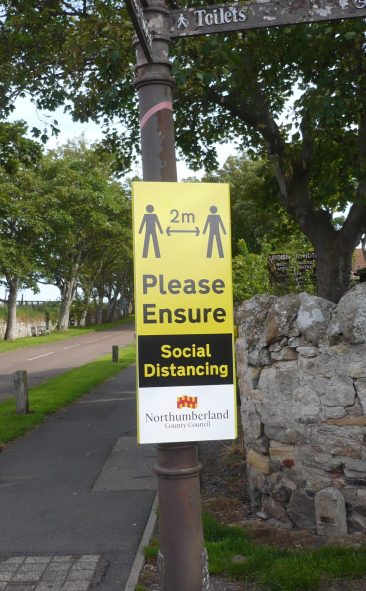